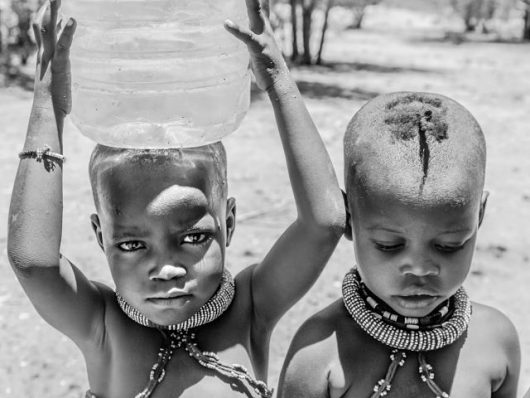 Namibia is a country located in the southwestern part of Africa, just north of South Africa, and has one of the largest income gaps between the rich and the poor in the world.

There are a few reasons why Namibia is poor. Many of the causes stem from the social and economic imbalances of the apartheid system that was introduced in 1964 under South African rule. This resulted in a deep divide in Namibian society. Much of the black African population was denied proper access to basic productive resources and infrastructure, while white settlers had exclusive access to vast areas of land as well as a tremendous amount of support from the government for their farming.

These families’ dependency on farming is problematic due to a veterinary cordon fence that runs east to west across the country south of the Angola border, used to block the southern movement of livestock diseases. However, this fence also divides the poorer north, where their primary source of income comes from farming, from the richer south with its commercial ranchers.

Severely poor people in Namibia are those who are not able to spend at least N$389.30 per month on necessities to live, according to the Namibia Household Income and Expenditure. If they cannot spend more than N$520.80 per month, they are just considered poor. The average life expectancy in the country is just 62 years, and is even lower in marginalized communities.

The government of the country has been committed to solving the problems of Namibia’s poverty and large income gap. They have adopted quite a few policies since their independence and have noticed how poverty has endangered the social harmony of their country. A few plans for addressing these issues include Vision 2030 as well as other national development plans.

Hopefully, in the coming years, the people of Namibia will continue to make strides in combating the reasons why Namibia is poor and will be able to close the income gap.