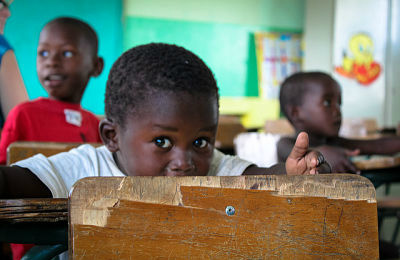 With more than 800 miles of coastline, the six million tourists that visited the Dominican Republic in 2016 would likely attest to the country’s great beauty. However, not all is well on the island nation. One in three Dominicans and half of Dominican youths are either poor or live below the poverty line. With an increase in tourism flowing to the island, it stands to reason to ask “why is the Dominican Republic poor?”

According to a 2014 World Bank Report on Dominican inequality, only 2 percent of the population climbed to a higher income group, as opposed to the Latin American and Caribbean average of 41 percent. The 2003-2004 Dominican economic crisis is partly to blame. Several Dominican banks collapsed and the Dominican Peso experienced severe inflation. While the economy has recovered from the crisis, the nation’s poorest residents have been left behind.

As recently as 2013, according to the Palma ratio, the wealthiest 10 percent of Dominicans earn as much as 2.5 times as the bottom 40 percent. In the U.S., that earning disparity is only 1.9.

Why is the Dominican Republic poor? Poor Dominicans have it especially bad in urban areas. The cost of living is so high in urban areas that the Dominican minimum wage has failed to keep pace. At 8,310 Dominican Pesos (DOP) per month, roughly $175, many residents have a hard time covering the basic necessities.

Access to basic education is another issue that needs addressing when answering the question “why is the Dominican Republic poor?” Many kids simply drop out of school to help provide for their families. Children that do attend schools must cope with overcrowding and inexperienced teachers. Failure to receive an education lends itself to several problems and has been linked to an increased teen pregnancy rate on the island.

Fortunately for the Dominican Republic, GDP per capita has been steadily growing at one of the fastest rates in the world, due in part to an injection of American tourism dollars. In December 2016, President Danilo Medina promised to redouble efforts to include the country’s poorest citizens in the economic boom, and increase spending on the nation’s public school system.

The World Bank has suggested that the government make direct investments in both informational and physical infrastructure that promote upward mobility and increase access to the expanding labor market. This could include expanding access to the internet and investment in the nation’s schools and teachers.

In answering the question of why the Dominican Republic is poor, we must understand that while the island nation itself isn’t poor, problems of wealth inequality and barriers to accessing information and education still persist. But, the Dominican government is not oblivious to these problems. Through investment in infrastructure and the expanding labor market, the government hopes to raise the incomes of its poorest citizens.

Debt Crisis Affects Human Rights in Puerto Rico What are the Causes of Poverty in Haiti?
Scroll to top