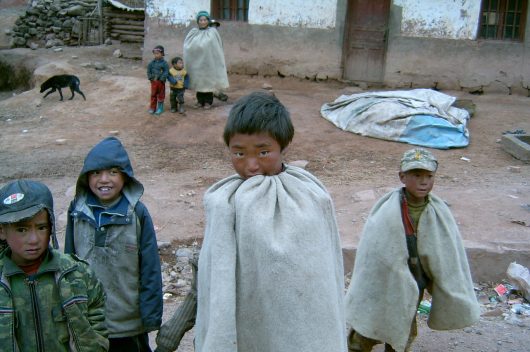 Ironically, China’s urbanization, which initially was seen as an improvement for the country’s economy, is now known to be one of the leading causes of poverty in China. The urbanization initiative, which began back in 2012, was pushed by the Chinese government to prompt new forms of growth for the country. Moreover, although the country experienced a slight improvement in poverty, there remain more than 252 million people living on less than $2 per day.

Looking for better-paying work, many farmers moved out of rural areas to urban centers. Due to their low skill level and lack of education, many of these workers are stuck taking low-level jobs. Moreover, with an increased cost of living, these workers are just swapping one low-paid job for another, causing an increase in urban poverty.

Furthermore, the Hukou system is set up so that these migrant workers can no longer receive government aid. The Hukou system is China’s household registration system that monitors and distributes government-provided services such as healthcare, education and pension.

However, the system is designed so that, if a person moves from their original region, then they forfeit their rights to these benefits. Consequently, rural workers who move to cities can no longer receive government-funded healthcare or retirement aid. Moreover, their children, if they move with them, no longer have access to education.

The most severe effects of the urbanization trend are found in rural areas. Often, it is the adults in rural families who leave to find work in cities, leaving behind children and the elderly. One-third of China’s rural students under the age of 16 have at least one parent who is a migrant worker, meaning many children get left behind.

Nearly 60 percent of children living in the countryside of China see their parents less than twice each year. These children are often left with grandparents who are either too busy with farm work or else too incapacitated to properly care for the children.

Though urbanization may be beneficial for some Chinese and is giving the economy a boost, it has been detrimental to many others. Migrant workers and those left behind in rural areas are struggling the most from the massive national migration. Because of this, urbanization is now one of the leading causes of poverty in China.