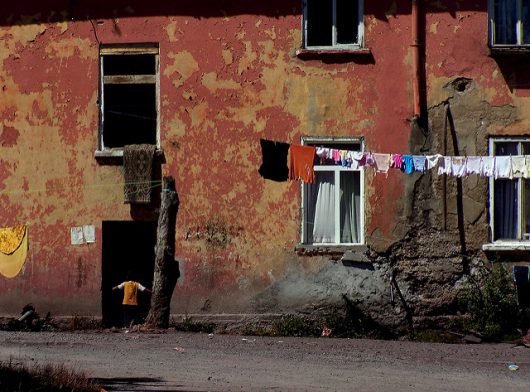 The European Union is one of the largest single-market economies in the world. However, not all of its 27 countries are able to attain the economic prosperity of the wealthier member states. Bulgaria is one such country. While the EU average risk of poverty is 23 percent, more than 41 percent of Bulgarians find themselves falling into this category, making it the member state with the highest level of this risk. Across the country, almost 10 percent of the population is defined as extremely poor, i.e. living with an income lower than 40 percent of that of the average member of the middle class. While other EU members thrive inside the single market, a question that needs to be asked is this: why is Bulgaria poor?

Perhaps the largest contributor to poverty in Bulgaria is the impact of the 2008 financial crisis on the country. In years prior, Bulgaria had experienced rapid growth. However, like many EU members, this reversed following the crash. In real terms, the economy contracted by 5.5 percent in 2009 primarily due to a decline in foreign direct investment and international trade. Since then, growth has not returned to previous levels, with 2011 figures showing GDP growth to be 1.7 percent. This is far lower than the 6.2 percent growth rate witnessed in 2008.

This lack of growth has negatively impacted wages, with the average annual wage in Bulgaria easily the lowest in the EU at the equivalent of just under 2,000 euros. Around 1.5 million people live on less than 60 percent of the average wage, limiting spending power and leading to further potential issues.

One of these issues is unemployment, with Bulgaria’s unemployment rate standing at 10.8 percent, a full percentage point higher than the EU average. The low wages offered through employment are part of this issue, with people lacking the incentive to work since they are able to receive similar incomes through unemployment benefits. Similarly, the financial crisis has enhanced this issue, with unemployment significantly increasing to current levels from 5.6 percent in 2008. With this being the case, many suggest unemployment as one of the primary reasons for Bulgaria’s high levels of poverty.

There seems to be little progress in assisting those in poverty in Bulgaria. Existing policies are criticised for being unreliable and unable to truly address the problems that the poor of the country face. Additionally, it is estimated that, of the poorest 20 percent of households, such policies impact less than half. Policy focused on growth appears to have failed as well and, despite funding from the EU, increases in employment, income and social inclusion have been minute.

The situation in Bulgaria appears bleak and, without significant policy change at a national level, little will change going forward. Decision makers must investigate ways to increase wages, growth and employment opportunities, while simultaneously providing sufficient aid to those in poverty. While this may be difficult, “why is Bulgaria poor?” should no longer be the primary question; rather, we should be asking about potential solutions.

SafePad: Revolutionizing Menstruation and Hygiene How to Help People in El Salvador
Scroll to top