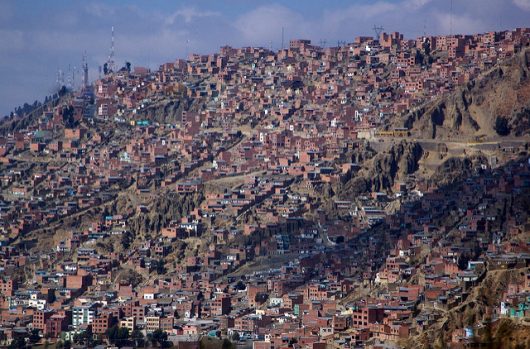 Despite Bolivia‘s heavy exportation of natural resources such as iron and natural gas that increased its economic growth during the early ’90s, the South American country is still one of the poorest countries below the equator. Thus, the question “Why is Bolivia poor?” remains.

Despite having the second most important natural gas industry in South America, its impact worldwide does not reach the top 1 percent in terms of international activities, which puts Bolivia in a situation of economic risk. On a domestic level, Bolivia’s lack of demand for resources within the country, as well as failed investments in the forestry industry, have shrunk its economic gains and profits since 2002.

Why is Bolivia poor? Bolivia’s main problem has been one that is prevalent in other countries such as Colombia, Honduras and Panamá: social inequality, which has afflicted Latin American countries for decades. However, inequality has been declining over the past decade.

In 2016, the National Plan for Economic and Social Development (PDES) was approved. Public investments, infrastructure investments, the industrialization of natural gas and Bolivia’s 40 percent gross governmental debt are some of the areas in which the PDES will have a positive impact.

Needless to say, there is hope for Bolivia. As of now, the unemployment rate stands at 6.5 percent, one of the lower numbers in Latin America. Bolivia’s GDP has increased by 7.8 in 2017, thanks to growth in the construction sector.

UNICEF, an international NGO that focuses on children’s development around the world, has developed a partnership with Bolivia in order to implement water hygiene as well as environmental sanitation in the less developed parts of the country.

Habitat for Humanity is an organization that is also helping Bolivia, in particular by tackling slum housing and homelessness amongst Bolivian citizens. By raising money, offering volunteering and more, solutions are now a reality that are making Bolivia’s level of poverty decrease and quality of life increase at an extraordinary pace.