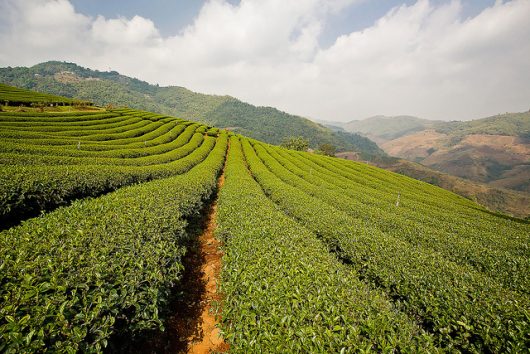 In December 2016, Thailand received another wave of extreme weather that once again reminded citizens about the challenges of climate change. The Asian Development Bank reports that this issue is to be one of the most significant obstacles to development in Southeast Asia for the 21st century. Climate change in Thailand has caused challenges that impede the country’s development in the agricultural and health sectors.

The consecutive warm, dry years created a drought, leaving the water reservoirs and irrigation systems dry in the country. The Prime Minister mandated that farmers should cultivate less rice to reduce the intensity of the water crisis.

As 31.84 percent of the workforce in Thailand are employed in the agricultural sector, the fall in output of rice production and other crops significantly impacted the livelihoods of citizens. The droughts, therefore, cut incomes and led many farmers to fall into debt.

While the heavy rainfalls of December 2016 ended the droughts affecting the country’s agriculture industry, the extreme weather created detrimental flooding that damaged over 590,000 acres of farmland. With much of the economy relying on agriculture and natural resources for income, climate change in Thailand has critically affected the productivity and development of the nation.

Health
In 2002, Thailand established universal health coverage, and, by 2013, the nation was spending 4.6 percent of its GDP on health services. However, a statement by the World Health Organization says investment in the population’s health is likely to be threatened by climate change.

With increasing temperatures in Thailand, the sea levels have risen between 12 and 22 centimeters over the last century. With rising water levels, the country is expected to continue to experience extreme flooding as was seen in 2011 and late 2016.

Along with greater risks of flooding, higher temperatures may also increase malnutrition in the nation. Higher temperatures are creating land and water scarcity as well as the displacement of the population of Thailand. These events have impacted the agricultural production and have caused a breakdown in the food systems of the country. The WHO believes that this is one of the many issues created by climate change, with food insecurity affecting the vulnerable the most.

These are two areas of Thailand’s economy that are being significantly impacted by climate change. While the challenges are acknowledged by the nation, solutions are being debated frequently. The government of Thailand is attempting to introduce flood protection walls however many individuals believe that climate monitoring systems should be the center of a long run solution. With over 80 percent of all natural disasters today being a result of climate change, the question should not be how to avoid the impact of the events but rather how to eliminate them.

Why is Albania Poor? Poverty Rate in Cambodia Declining Despite Corruption
Scroll to top