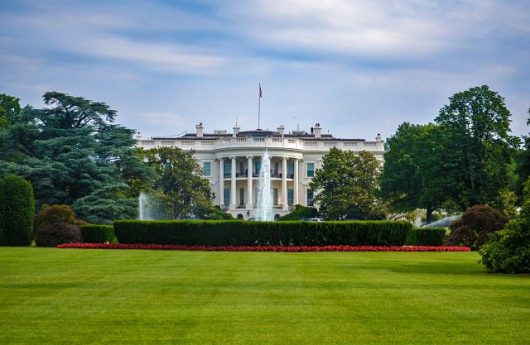 In February of 2018, the Trump administration released a budget proposal indicating deep 29 percent budget cuts to the state department and steady 13 percent increases to the defense department. These state department cuts materialize into $16.2 billion taken away from the previous $55.6 billion allocated in Fiscal Year (FY) 2018. The Trump Administration justifies the cuts by stating that aid will remain in the accounts of “friends” of our future foreign policy decisions.

Ramifications of the 2018 Budget Proposal

Meanwhile, the proposed budget increases the amount of money spent on national defense by 13 percent, raising the $600 billion budget to nearly $690 billion. The increased defense budget will be used to completely update the United States’ nuclear arsenal and increase the amount of ground-based missile interceptors in Alaska working to address the increased threat of the Korean Peninsula.

Assessing nuclear threats is a fair concern and position for the United States government to take, however it should not come at the expense of drastically decreasing foreign aid. In truth, foreign aid is a matter of national security.

Foreign Aid is a Matter of National Security

While it may not appear obvious at first, foreign aid is known and regarded by many U.S. military officials as beneficial to United States foreign policy and national security. To illustrate, in 2017-retired General Mike Mullen and retired Admiral James Jones wrote a piece explaining the hands-on benefits they saw foreign aid bring in leading American troops.

Both officials explain that military power alone cannot prevent despair within vulnerable countries from turning into outbursts of violence and instability. Robust foreign aid should not be looked upon as a no-strings-attached giveaway to the poorest nations in the world, but rather as stability enhancement to places most susceptible to radical influence.

The generals explain that countries with limited social hope and foreign assistance are the most prone to radicalization that materializes into extremism. Terror organizations like Al Qaeda, Al Shabab, Boko Haram and ISIS take root in countries with common characteristics — instability and poor governance. These terror cells bring about a sense of social support that citizens do not believe their public officials and service programs will be able to provide them.

The former military officials further explain that Congress can, and should, fully fund the International Affairs Budget, as the funding leads to active approaches from the U.S. government, non-government organizations and in-country support to provide services that meet citizens’ basic needs.

Foreign Aid and the Military

In 2013, Secretary of Defense Jim Mattis bluntly summarized the words of the retired officials and explains why foreign aid is a matter of national security: “If you don’t fund the State Department fully, then I need to buy more ammunition ultimately. So I think it’s a cost benefit ratio. The more that we put into the State Department’s diplomacy, hopefully the less we have to put into a military budget…”

Diplomacy is ultimately less expensive than the wars that a lack of diplomacy brings about. While a strong military is considerably important in 2018 and beyond, cutting foreign aid to increase military spending weakens our strength as a nation, a role model and peacekeeper.

The words of these military officials should be kept in mind in future policy decisions so as to clearly explain why foreign aid is a matter of national security.

How the Media Misrepresents African Countries Today #Goals: The Combo of Soccer and Poverty in a Desperate World
Scroll to top