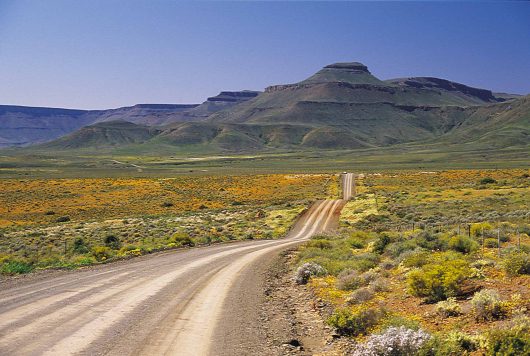 Despite still being associated with the reputation as the “Dark Continent” and branded the “wild jungle” by modern media, African countries still continue to remain invigorated by massive growth and economic potential. Yet, at the same time, the continent is still shrouded by a certain degree of allure and mystery. African nations remain an integral part of a rapidly and shifting wave of urbanization and globalization.

The African continent is home to over 1.2 billion individuals in 54 diverse countries; moreover, the population is estimated to grow to two billion over the next three decades or so.

The media misrepresents African countries in reference to the continent’s history and global assumptions about the continent. Media photography can act as a near-constant stream of visual propaganda as it predominantly showcases scenes of violence, devastation and starvation in regard to Africa. Unfortunately, media coverage of this nature may lead to the propagation of misinformation and stereotypes.

As a consequence of this focus, success stories, development projects and growth in nation-states are not given as much coverage as media misrepresentation of African countries. For example, of the aggregate 6-9 percent of African coverage in the international media, over 60 percent of the focus revolves around terrorism, famine, disease, political conflicts, disasters and other calamities. News coverage often doesn’t explore the true roots of social and economic issues in African countries.

The mainstream media occupies a significant part of international discourse and has the capacity to influence public opinion and perception about key global issues. As the media misrepresents African countries, seemingly misleading coverage is showcased which could be a possible impediment to promoting social progress and development in the region.

A common cause of this impediment is a deficient coverage of the current affairs of African nations. This can be attributed to a term called ‘”Personalization bias” that has caused African media coverage to decline after a temporary spike in the year 2005.

One of the ways the media misrepresents African countries is in regard to women. Contrary to conventional beliefs that women are excluded from participating in numerous aspects of African labor and culture, women in African countries actually have the highest rate of participation in the labor force, standing at over 86 percent.

Additionally, regional growth among African countries was predicted to reach 2.6 percent in 2017, and the 2018 growth forecast is projected to reach 3.2 percent. The expanding economies of Angola, Nigeria and South Africa and the non- commodity intensive economies like Senegal, Djibouti and Tanzania contribute heavily to this forecast.

Furthermore, South Africa is now one of the fastest growing economies in the world and was recently added to the ranks of the BRICS alliance alongside countries like Brazil, Russia, India and China. In the future, this designation can lead to further foreign investment and economic opportunities for the country as well as a better international credit rating.

Paving the Way to a Better Future

Many countries in the region are now hoping to boost both public and private investment to improve the quality of infrastructure domestically.

Despite the obvious negative connotation and stigmas attached to poverty among African nations, the topic still remains one that should be addressed in a positive and pragmatic manner. With a higher proportion of success stories about this beautiful region reaching the news circulation, the international community may become more encouraged to get involved in addressing such underlying issues as poverty in the future.