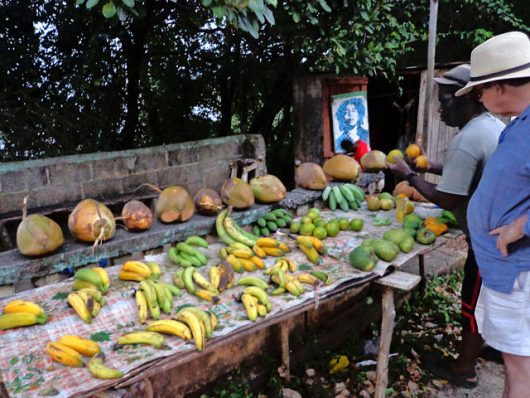 Dominica is a small, mountainous island nation in the Caribbean. Poverty has been a stumbling block to development here for years, with 29 percent of households and 40 percent of the general population living in poverty in 2003. Unemployment stands at about 25 percent. Sizable minorities of people live without running water and proper toilets. Poverty is most pronounced among Dominica’s native population, the Caribs.

While there may be several reasons why Dominica is poor, poverty here does correlate with the decline in the banana industry over the past several years. Agriculture accounts for 17.6 percent of Dominica’s GDP. The banana industry has been the heart of Dominica’s economy for over half a century and its decline has been cited as a reason why Dominica is poor.

An agreement had guaranteed the European Union, via the former British colonies of the Commonwealth in the Caribbean, a corner on the Caribbean banana market and allowed bananas to be imported to Europe duty-free. In the 1990s, President Bill Clinton worked with several Latin American countries to undo this rule as a favor to the fruit giants Chiquita and Dole, two donors to his campaign. The Caribbean banana industry has never recovered, especially in places like Dominica, which lacks sizeable tourism or financial services industries to fall back on the way some of its neighbors in the region do. This may be the best explanation of why Dominica is poor.

Another explanation for why Dominica is poor may be its health concerns, particularly healthy reproductive practices and HIV/AIDS. There has been an increase in cases of tuberculosis there, which often follows an increase of HIV. In addition, teenage pregnancy and unprotected sex are prevalent there.

Dominica has sought several solutions to its poverty, including embracing fair trade of bananas, establishing a financial services industry, pivoting to China and joining the late socialist Venezuelan leader’s Hugo Chavez’s Bolivarian Alternative for the Americas as a response to U.S.-led free trade agreements. It remains to be seen what the future has in store for this island.