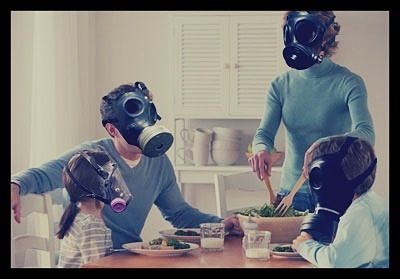 For many families, the simple act of heating their apartment or preparing a cooked meal can result in long-term health consequences ranging from respiratory infections to lung cancer. In an effort to combat the effects of indoor air pollution, the World Health Organization (WHO) is promoting a policy of greater awareness and education on the dangers of certain biomass fuels.

The luxury of an oven fan or electric stove is out of reach for many poverty-stricken countries in the Global South, necessitating the use of charcoal as a primary source of fuel for cooking. Unfortunately, charcoal-fueled cooking releases pollutant-laden smoke that, without proper ventilation, can lead to chronic air pollution-related health problems later in life.

The number of hazardous pollutants released in the smoke in staggering; containing carcinogens such as benzene, pyrene, and toxic chemicals such as formaldehyde and nitrous oxides. Sadly, the diseases that result from frequent exposure to indoor air pollution are just as severe, ranging from acute lower respiratory infections, chronic obstructive pulmonary disease (COPD), lung cancer, and asthma. Additionally, because the societies that use such materials for fuel have most of their meals prepared by females, air pollution disproportionately affects the women and children of the household.

The WHO, in cooperation with UNICEF and USAID, is actively working to educate target publics about the dangers of indoor air pollution. Additionally, by raising awareness of the health problems caused by indoor air pollution with various NGOs and development agencies, a realistic policy in finding practical fuel alternatives to charcoal and other hazardous materials can be identified and implemented.