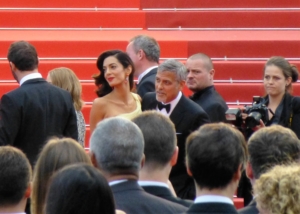 As Richard Hatzfeld writes on Impatient Optimists, breaking through the clutter of global health propaganda is “like asking someone to pick out the sound of a pin drop in a room full of tambourine-clanging kindergartners.”

The pin dropping in this scenario is End7, a nonprofit organization on a mission to end seven Neglected Tropical Diseases (NTD’s) by 2020. Earlier this year, End7 released a new video that begins with international celebrities reacting to the visual horror of NTD’s.

Let’s talk about what NTD’s are first. NTD’s, which affect 1 in 6 people worldwide, prevent children from going to school. They prevent parents from going to work and supporting their families. These diseases push impoverished communities deeper into poverty.

NTD’s comprise of diseases such as:

– Lymphatic Philariasis (elephantiasis), the massive swelling of limbs and genitals

– Trachoma, an infectious leading cause of blindness, characterized by white lumps in the upper eyelid and eyelashes curling inward

Not to mention river blindness, roundworm, hookworm, and whipworm – End7 promises that all 100% of donations will be given to treatment programs for these diseases.

This isn’t a mainstream health issue. The U.S. hardly even recognizes this as a health issue due to lack of public awareness and thus, its absence from top health policy discussions.  Upon recognizing this, the Global Network for Neglected Tropical Diseases launched the End7 campaign and promptly took its first step to mass public awareness – by showing the video to international celebrities, like Emily Blunt, Priyanka Chopra, & Tom Felton. Reflecting its inherent effect, the video’s name became “How to Shock a Celebrity.”

End7’s video campaign bluntly highlights the underrated power of sight. Look, it tells us. These diseases are real. They’re terror inducing, and they exist halfway around the world from your neighborhood. What you’re feeling is clearly a normal reaction. Do something about it.

Show it to your friends, your family, your co-worker who also eats lunch at her desk.

Maybe even show it to a celebrity.