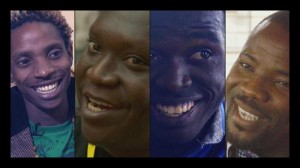 All over Africa, social activity rising in popularity is comedy. “Faces of Africa” is a CCTV show documenting people living in Africa who have a story to tell. In an episode titled “Making Africa Laugh,” the lives of four comedians from Kenya, Uganda, and Nigeria with the mission of doing just that are documented.

Nigerian comedian Bowoto Jephta, more commonly known by his stage name Akpororo, attributes his success in comedy to poverty stating that it forced him to recognize his own talents. Besides comedy, Akpororo is well known as a singer planning to release his music album next year. Akpororo who used to be a choir member receives inspiration from the Bible and the church. Most of his jokes, he says, are “about pastors and madmen because in my church they cure madmen.” He currently resides in the Niger Delta region where he lived before his break into comedy saying that he wants to give hope to the youth. Everybody in Niger Delta, he says, is a comedian.

Kenyan Erick Omondi and Ugandan Patrick Salvador are two comedians who both starred in an event called the Battle of Migingo, a competition that pitted Kenyan comedians against Ugandan comedians. Members of the audience were in agreement that regardless of who wins, the expectation was to laugh and have fun. Salvador comments that the importance of comedy in Africa is to show that there is much more to Africa than war and poverty.

Nigerian Oke Bakasi McAntony comments that there is much growth and development occurring in Africa and lives with the philosophy that “Life is just about happiness.” He says that “It is an irony that they say we are the happiest people. Maybe because our shock absorbers are too tough.”