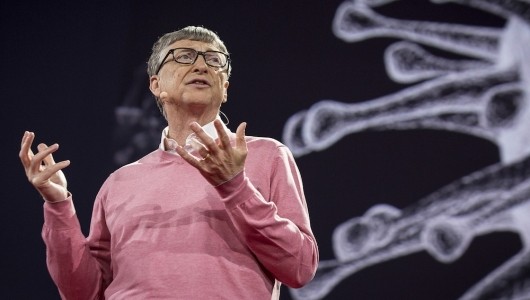 Ebola took the world by storm: global health and response systems were unprepared for it in numerous ways. As the world slowly recovers from the Ebola epidemic, what have we learned, and what can we do differently moving forward?

A recent World Bank survey showed that most people across France, Germany, Japan, the UK, and the US consider “global infectious diseases” the worldwide health issue they are most worried about. However, Jim Yong Kim, President of the World Bank Group, points out that a sense of concern will lead to forward momentum. “This heightened concern also translates into strong support for investments to strengthen health systems in vulnerable countries.”

And so, with public support to back up the move towards preparedness, what steps need to be taken to be sure that next time, the public health sector is ready?

In an article for the New England Journal of Medicine, Bill Gates offers several suggestions, likening the preparedness for epidemics to the preparedness governments might have for war. “NATO countries,” he points out, “participate in joint exercises in which they work our logistics such as how fuel and food will be provided, what language they will speak, and what radio frequencies will be used. Few, if any, such measures are in place for response to an epidemic.”

He suggests that health systems in general need to be reinforced. Having solid programs and infrastructure in place can increase measures of preventative care, and also allow for more effective combat of disease outbreaks when they do happen.

He also feels that more people need to be trained in how to respond to an epidemic quickly. Tools to detect, track, and treat disease should be developed ahead of time, and a global plan should be established so that more countries can be involved in the fight against future epidemics.

There are already plenty of organizations working towards toward these exact goals. The World Bank and the World Health Organization (WHO) are working with other partners to increase preparedness for similar situations in the future.

In a talk given at Georgetown University as a part of the university’s Global Future Initiative, Jim Yong Kim (World Bank president) compares the approach to HIV treatment at the turn of the century to the treatment of future pandemics.

Although some looked at the cost of treatment for the disease and proclaimed the fight against HIV “impossible,” Kim emphasizes the link he has seen time and time again between global health and economic prosperity. He references a paper by Larry Summers (former president of Harvard and former Secretary of State) that showed from 2000-2011, 24 percent of growth in the income of developing countries was a result of improvements in health.

He also emphasizes the importance of communication between governments, NGOs, the private sector, and organizations across the board. “From the perspective of pandemics, we are all living on the same planet,” he says, “and we have got to make sure that all these conversations happen.”

Nicole Lurie, Assistant Secretary for Preparedness and Response at the U.S. Department of Health, voices similar considerations to both Gates and Kim. With Ebola, there were a lot of disagreements on how to organize clinical trials quickly and effectively. There were also problems with technology, which is needed both to transmit information and to communicate. Thus, there are improvements to be made in terms of making predetermined plans and use of technology.

She also voices her opinion on the importance of communication. In the age of social media, it is more important than ever to coordinate messages between the government, NGOs, and the media broadcasted to the public so that they are consistent. Although the instantaneous transmission of information that comes with social media can lead to the perpetuation of rumors, if utilized correctly, social media can be a helpful tool in the fight against pandemics.

If communication improves, the urgency of the situation can be conveyed to the public while still taking care not to cause panic and irrational actions.

A lot of lessons have been learned by prominent global leaders due to the Ebola epidemic, and hopefully, if we follow some of their suggestions about improving programs, training people, changing public mindset, and improving communication and technology, the next outbreak will be stomped out quickly.