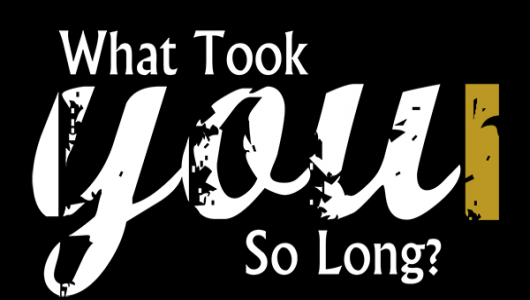 The What Took You So Long Foundation (WTYSL), founded on June 14, 2009, is a team of storytellers that uses multimedia outlets to tell the stories of farmers, nomads and entrepreneurs from around the world. They use these stories to inspire small communities to work together to solve issues with health, education and social justice. Through lectures, workshops and movies, the organization works with people living in rural villages in overcoming speed bumps preventing them from using their resources to create new markets.

The organization collaborates with NGOs, friends and institutions to develop projects in communities based on the issues they are facing. They document the process using videos and photographs, which in turn are used in future workshops or lectures in new communities. WTYSL uses guerrilla filmmaking, a form of filmmaking that works with a low budget, skeleton crews and simple props, to capture the situation, culture and people of different countries.

During the filmmaking process, the members of WTYSL live where they’re filming and build relationships with members of the community. They also follow local customs, use local transportation and encourage residents to participate in their project to gain a better understanding of their everyday life.

In total, WTYSL has filmed in over 60 countries, including Mauritania, Mongolia and Papua New Guinea. The members of WTYSL believe everyone, no matter what their age is, has an imagination and can use their imagination to help those in need. WTYSL will take on amateur filmmakers and train them on the job in creating quality films and working with underdeveloped communities. Working together, the team is able to motivate positive change in these communities.

The team of WTYSL consists of a variety of filmmakers, storytellers and photographers from various backgrounds. The team’s most recent project had them travelling to Rwanda to document the impact of solar energy on the community. Before Rwanda, WTYSL created films in Liberia to observe the quest for camel milk. The team continues to travel the world, documenting achievements, encouraging empathy and creating projects to make the world a better place.