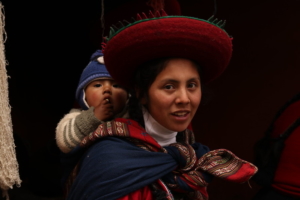 Efforts to improve maternal health in Peru have seen incredibly positive growth in recent years. At one point, the country was losing mothers to childbirth and childbearing causes at an incredibly high rate. Now, it is far more in line with its neighboring countries’ maternal health rates. However, some regions of Peru that are more rural remain causes for concern by both the Peruvian citizens and government when it comes to the health of mothers.

In 1990, statistics were released that showed the under-five mortality rate of children to be a staggering 80.3 per 1,000 live births in Peru. The maternal death rate was 200 deaths per 100,000 live births. These statistics were both among the highest in South America. The Peruvian government and the greater world quickly recognized a need to step in. They needed to create change in the quality of maternal healthcare in the country. Two primary programs helped lead the fight for improving conditions for women and maternal health in Peru between 1990 and today.

In 2006, CARE ran a crucial case study and program to benefit the health of mothers in Peru called Mothers Matter. The program sought to protect the lives of women through a combination of implementing family planning education. It also provided well-trained medical professionals in obstetrics and postpartum care and addressed big-picture concerns in Peru’s health policy.

As part of the Mothers Matter program created by CARE, the organization partnered with Columbia University. It did this to create The Foundations to Enhance Management of Maternal Emergencies (FEMME). Through FEMME, the organization reduced maternal deaths by 50% in a region of Peru called Ayacucho, one of the poorest in the country. FEMME was driven by eight central goals including standardizing obstetric care. The goals also included working with medical professionals to improve the use of referrals and creating new emergency guidelines for obstetric and newborn care. Throughout this program, the organization stressed a maintained focus guided by human rights.

Additionally, in 2017, The World Bank reported helping to fund a program called PARSALUD. It aimed to support the Peruvian government and its goals to reform healthcare for women and children. The program successfully helped to improve family planning practices. It also improved healthcare services for women in need of pregnancy and postnatal care. The organization claims a 30% increase in hospital deliveries for women in rural areas. It also claims an increase of almost 50% of women attending a prenatal care visit before their second trimester.

These organizations, the government and the resilience and dedication of citizens in Peru know they deserve better. As a result, the under-five mortality rate is now down to an all-time low for the country at 13.2 deaths per 1,000 live births. However, this is not the end of the story for maternal health in Peru.

The regions which are poorer, more rural and more populated by Indigenous people are still suffering more deaths. These deaths are due to improper health education and lack of access to safe facilities and competent care. They are also a result of language barriers between Indigenous and Spanish-speaking citizens. For example, according to recent reports, Puno, a primarily Indigenous area, maternal mortality is nearly 50% higher than the country’s average.

Overall, great strides have been made in the care for maternal health in Peru. Nonetheless, it will require continued efforts by everyone involved to bring proper health equity to the varying regions of the country and its mothers.