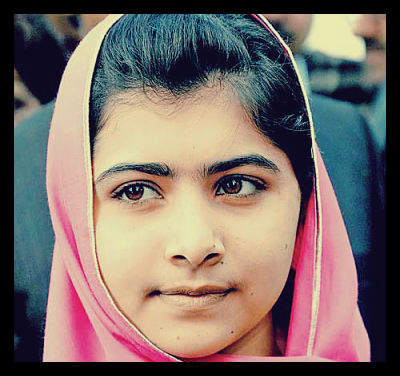 In a piece on the Huffington Post website on July 8, United Nations Secretary-General Ban Ki-Moon highlighted the young Pakistani girl Malala Yousafzai as an example of the empowering effect of education.

Malala entered the public domain in 2009 when she was in a BBC documentary about life under the Taliban. Three years later, in October 2012, she was shot in the head by a member of the Taliban who boarded her school bus because of her fight for girls’ education. The story gained international recognition. Since then Malala has been named one of TIME magazine’s most influential people of 2013, and has continued to advocate for girls’ education. On July 12, Malala was joined by hundreds of students from more than 80 countries in a unique Youth Assembly where they demanded quality education for children across the globe.

Ban Ki-Moon contended that violent actions against Malala, her teachers, and her fellow students prove how frightened extremists are of empowering women. For every year of schooling she attends, a girl’s future earnings increase by 20%. Ban asserts that Malala and her colleagues are teaching the world the lesson that “education is the pathway to saving lives, building peace, and empowering young people.”

With this in mind the Secretary-General enacted the “Global Education First” Initiative, a program with the goal of getting all children in schools with an improved quality of education that prepares them to grow up to be global citizens. The 57 million children out of primary school deserve a proper education because education is a fundamental human right.

July 12 marks the United Nations’ Malala Day, where Malala addressed over 500 youth at the UN and celebrated her birthday. The Secretary-General recognized in his article for the Huffington Post the importance of the courageous actions of students like Malala, and how the education which they advocate for is crucial for development and growth in the global system.