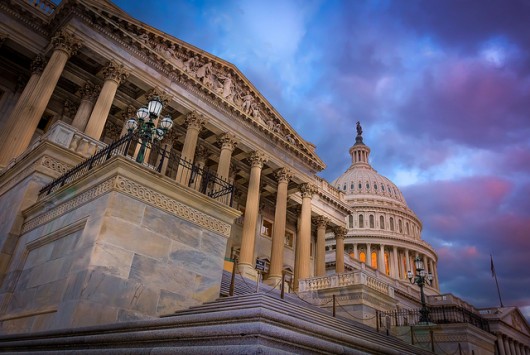 The job of a senator is to act on behalf of the American people in legislative sessions to ensure the voice of the common citizen is heard. Each of the 50 U.S. states has two Senate representatives. Discussed below are the most important aspects of the job of a senator.

The Job of a Senator: Key Aspects

Represent Constituents
The most important job of a senator is to represent the people. A senator speaks with citizens about problems, concerns or suggestions they have for their district.

People elect their senators with the expectation that they will fight for legislation that is in the best interest of the average citizen.

Senators’ offices take phone calls and emails from citizens who want to share their opinions. They then review the information they receive to find out the stances of their constituents on various issues.

Inform the Public
In addition to gathering information from members of the community, a state senator shares information with the public.

A senator must be proactive and diplomatic. They may make many visits to schools, clubs and other organizations that want to learn more about the legislative process.

Senators also hold press conferences, give speeches and speak with the media in order to educate people on current issues and inform them of current legislation.

Additionally, if a constituent is having difficulty working with a government agency, they can contact their state senator to help facilitate interaction and strengthen their voice.

Serve on Committees
Senators are required to serve on Senate committees. Each committee has a different focus such as health, education, business or national security.

At each scheduled committee meeting, members listen to presentations from lobbyists, organizations and other interested parties on important topics. Afterward, senators debate new bills and propose amendments to the existing legislation.

Introduce Legislation
A senator also uses constituent feedback to identify new laws that need to be passed. Senators work with their staff to research topics, identify issues and propose laws to protect citizens.

An important part of the job of a senator is to be active and vocal in order to get as much publicity and support for a bill as possible. They consistently network with fellow Senate members and organizations to convince others why supporting their bill is important and just.

A finalized bill will pass through several committees on its way to the Senate floor for a full vote.

If said bill originated in the Senate, it is passed on to the House of Representatives for approval by Congress. If approved by Congress, the bill goes to the president to be signed into law or vetoed.

So what are the differences between the Senate and Congress?

The Senate and the Congress share the responsibility of drafting and passing legislature for the law. However, each body has differing structures and powers.

According to AllGov’s website, the Senate is known as a “continuing body,” because its members are only up for reelection every six years, whereas members of Congress are reelected every two years. Additionally, while the rules of procedure for Congress are re-adopted for every new session, the rules of the Senate have remained continuous since 1789.

The Senate also has the sole power to approve or reject nominations by the president and treaties with foreign governments by a two-thirds vote.