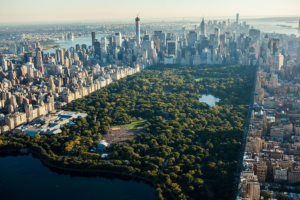 Music festivals are growing in number and popularity across the globe. The Global Citizen Festival, however, offers so much more than good old fashioned entertainment. Here’s how this festival is mobilizing its attendees to fight against global poverty.

Who is in Charge?

The organization behind the festival is a nonprofit called the Global Poverty Project. The main goal of the organization is to educate people about global poverty issues and ways they can help. In 2011, the Global Poverty Project launched the Global Citizen Campaign, which has led to a total of 14 million global-poverty-reducing actions by people across the world. The campaign’s ultimate mission is to end extreme poverty by 2030.

The organization is also well-known for launching the first Global Citizen Festival seven years ago. The annual festival is held in New York City’s Central Park and features a slew of well-known performers such as Janet Jackson, Shawn Mendes, Cardi B and The Weeknd. The premise of the festival may sound reminiscent of Live Aid, the 1985 “superconcert” which raised nearly $127 million in famine relief for Africa.

In order to obtain a ticket for the festival, potential concertgoers must watch online videos about global poverty, complete quizzes on these videos and take action by volunteering, or emailing/calling congress members. Those who accomplish these tasks are rewarded with a free ticket to the festival. The event itself is alcohol-free and is loaded with global-poverty related booths that offer games, photo-ops, information, and opportunities to take action. At previous Global Citizen Festivals, world leaders have come on stage intermittently to educate attendees about all that can be done to combat global poverty in their everyday lives following the music festival. In 2014, Indian Prime Minister Narendra Modi and U.N. Secretary-General Ban Ki-moon were among these speakers.

The actions that the festival incites have led to the creation of programs, policies and funds; the effects of which have been felt by nearly 647 million impoverished people across the globe. For example, after receiving 4,700 tweets from Global Citizens, The Power of Nutrition (a U.K. based team of investors) committed to providing Rwanda with $35 million allocated toward ending malnutrition in the nation. Policies and commitments such as these which have been prompted by Global Citizens equate to more than $37 billion.

The Global Citizen Festival is a prime example of a positive, action-oriented event with the aim of eradicating global poverty. It offers people an affordable way to fight the good fight, while also enjoying the talents of world-famous performers.