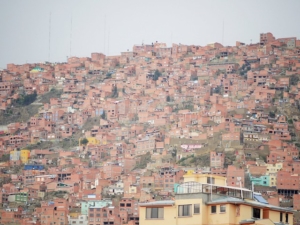 Currently, one in seven people worldwide lives in a slum. By some estimates, this number will rise to one in four people by the year 2030. A slum can be defined as housing with no land permits, inadequate access to basic services (water, toilets and electricity), unsafe components (broken windows, dirt floors and leaks) and an overcrowded population. These 10 facts about slums in Latin America explain how people are affected by these poor living conditions.

10 Facts About Slums in Latin America

By looking at these 10 facts about slums in Latin America, it easy to see how these living conditions can damage a person’s health and wellbeing as well as how the residents of these slums are struggling to survive. However, by upgrading communities and being conscious tourists, these areas can be uplifted and improved, helping the one-seventh of the world that lives in slums.