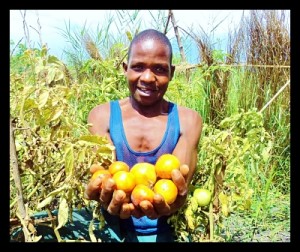 With more than 34,000 clubs and 1.2 million members in over 200 countries, Rotary International is one of the largest service organizations in the world. Rotary International assembles business and professional leaders to build peace and goodwill. Members of local Rotary clubs, called Rotarians, engage in service both at home and abroad to alleviate poverty and promote health and education.

Having the primary motto of “Service above Self,” Rotary has been successful in transmitting its humanitarian fervor to young people. Rotary’s service club for young people ages 12 to 18, called Interact, is one of the fastest growing philanthropic programs in the world. It currently has over 300,000 teens involved. Similarly, Rotaract is the subset of Rotary International that caters to college-age people ages 18 to 30. Rotaract clubs boast a membership of over 200,000.

An important facet of Rotary, Interact, and Rotaract clubs is that despite being affiliated with Rotary International, the individual chartered clubs are self-governing – free to engage in service projects in their own communities as well as serve international initiatives. This leads to clubs becoming strong grassroots vehicles for the promotion of service.

There have been many noteworthy Rotarians throughout history, ranging from politicians like former president Warren G. Harding to accomplished entrepreneurs like Sam Walton, founder of Walmart.

One of Rotary’s flagship missions has been to eradicate polio, a goal this organization has been working on for over 25 years. The Gates Foundation has helped, providing Rotary with hundreds of millions of dollars over many years to assist in the eradication of polio. Most recently, in 2013, Rotary International and the Gates Foundation began a joint effort called “End Polio Now – Make History Today,” determined to prevent polio from making a resurgence. This endeavor has been successful, with the annual polio diagnosis rate being reduced by over 99%.

In addition to fighting polio, the Rotary Foundation has been instrumental in effecting change in world communities by establishing many innovative initiatives designed to create a healthier and more educated world. For example, Rotary clubs worldwide have taken a firm stance aimed at promoting literacy by creating a Rotary Literacy Month, establishing book donation drives, and holding reading events for schoolchildren.

Rotary has also worked with U.S. federal agencies such as USAID, thus creating a great partnership between an organization with strong grassroots ties and an agency with technical expertise. For example, in 2009, USAID and Rotary joined efforts to bring clean drinking water and sanitation to countries in the developing world.

Rotary International is an organization that seeks to transcend cultural, ethnic, and language boundaries in order to serve humanity, and it is impossible to overstate the impact this organization has had on the world.