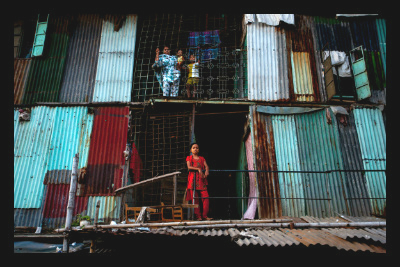 To understand the root causes of poverty, poverty must first be defined. Poverty is qualitatively defined as having inadequate access to basic human needs, such as food, water and shelter. The World Bank routinely uses the metric of living on less than $1.25 a day to provide a rough estimation of the underlying financial conditions of poverty. According to the World Bank, around one billion people globally fell under the category of surviving under $1.25 a day in 2011. Poverty is a multifaceted issue that exists based on the interplay between many root causes. But what are these conditions that preface poverty itself?

Food insecurity is one commonly noted characteristic of impoverished societies around the globe.

One reason for the lack of stable food supply is weather, especially extreme weather events. In many countries, extreme weather can wreak havoc not only on crop yields but entire economies. The extreme weather can cause further food insecurities for impoverished individuals via rising food prices as less food is being supplied to the market. Mother Nature can play a critical role in the lives of those in poverty by reducing the ability of a population to feed itself.

Another key factor in the cycle of poverty is lack of education or access to education.

A U.N. report showed that 171 million could be lifted out of poverty if all impoverished students had access to education enabling them to read. Across the globe, those who are least educated tend to most likely be impoverished. The correlation between insufficient education and poverty is a strong one and the reasons are clear-cut. Without education (or access to it), the impoverished face an upstream battle in the labor markets. It is much more difficult to find a higher quality occupation, or trade that pays better wages, when a person is illiterate or lacks other skills learned in school. This lack of human capital creates barriers for those in need of better opportunities and perpetuates the cycle of poverty.

The third root cause of poverty is man-made.

Political strife in the present or recent past plays an important role in the manifestation of poverty. Violence, instability and corruption, brought about by a country’s political divides, contribute to volatile economies and enormous bloodshed. Day-to-day life can be completely disrupted for the population and the conditions of poverty begin to appear: lack of shelter, food and finances. The issues sometimes worsen as poverty can lead to more civil or social unrest, prolonging conflict and instability.

Other common root causes of poverty include insufficient labor rights and discrimination, as witnessed in the “Untouchable” caste system in India. These social injustices further entrench the unfortunate cycle of poverty.

Poverty is the result of insufficient opportunities for a human being to survive, grow and prosper. Knowing what causes poverty and treating poverty are two entirely different dilemmas. Due to the fact that many of these causal factors can be dependent on one another, there is no easy solution to breaking the cycle of poverty. Yet, by attempting to understand the underlying reasons for the existence of poverty, society can make strides in the struggle against it.

Does Urbanization Reduce Poverty? Is Progress in Rwanda a Development Success?
Scroll to top