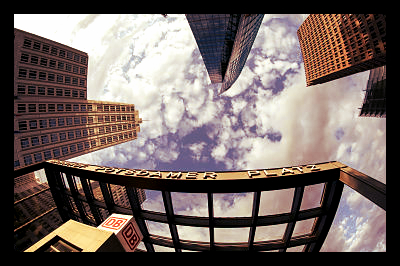 Urbanization is the process of moving people from rural areas into urban areas. Organizations like the World Bank have found success in this process all over the world. However, there can be some disadvantages to relocating people from slums to cities. Regardless of the cons, urbanization has improved the lives of many in China, Ghana and Latin America.

One benefit of urbanization is increased access to resources like clean water and food. In African rural areas, mothers walk miles for clean water. The World Bank has directly improved lives in Ghana with labor reallocation; the idea of increasing productivity by managing human capital. Moving people to jobs requiring more productivity has contributed to economic growth in Ghana, as well as increases in income for families who typically work in agriculture.

However, without proper monitoring, urbanization does not always work. According to the World Bank, “if not managed well, [it] can also lead to [the] burgeoning growth of slums, pollution, and crime.” This then raises the question of whether urbanization is really a good idea. Much of the world is becoming more urbanized and the U.N. believes this is a good way to reduce poverty.

The United Nations Population Fund, or UNFPA, recognizes the growth in urban culture and believes it can help solve many problems in developing countries. Although there is a rise of inequality in urban areas, according to UNFPA, “urbanization has the potential to usher in a new era of well-being, resource efficiency and economic growth.”

Urbanization is a controversial idea and another potential solution is rural development. According to the World Bank, “it can be done with complementary rural-urban development policies and actions by governments to facilitate a healthy move toward cities.” Development of rural areas allows people to stay where they are and adopt certain aspects of urban culture, such as increasing access to clean water and food while improving living conditions.

Whether it is urbanization or rural development, it is vital to implement new ways to help people in developing countries as cities and economies grow. The mentioned solutions above are two of many that could help reach the goal of ending poverty by 2030.

EU Proposes Quotas for Dealing with Migrants What Are the Root Causes of Poverty?
Scroll to top