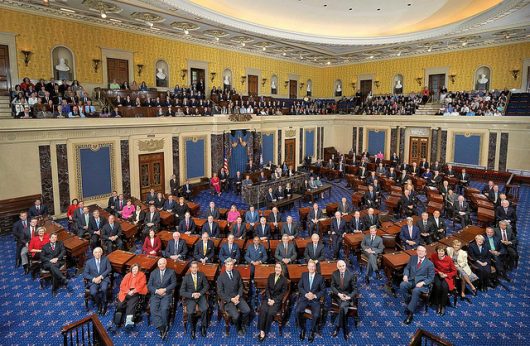 In anticipation for the upcoming midterm elections on Tuesday, November 6, 2018, 35 out of 100 seats will be sought by both incumbents and candidates running for the U.S. Senate. While elected positions, such as Congressional representatives in the House, are appointed positions, like that of Supreme Court justices, the requirements for Senators are more extensive. If so, then what are the requirements for Senate?

According to Article I, section three, clause three of the U.S. Constitution, Senators must be at least 30 years old, surpassing the House’s age requirement of at least 25 years. Also, Senators must be naturalized U.S. citizens for a minimum of nine years and must be residents of the state for which they are elected (as written in Article Five, section three of the U.S. Constitution).

In contrast, the House only requires their representatives to have been naturalized for a minimum of seven years. So how and where did these requirements for Senate and House originate?

These criteria were established in the U.S. Constitution. According to the History, Art, and Archives of the House of Representatives, the criteria regarding a Senator’s state residency were founded in response to prior British laws, where “Under English Law, no person ‘born out of the kingdoms of England, Scotland, or Ireland’ could be a member of either house or Parliament.”

The minimum age requirement for Senators was deemed necessary in “The Federalist, No.62,” where Madison wrote that “senatorial trust” required a “greater extent of information and stability of character,” than that of representatives in the House. As Senators are seemingly granted more confidence than House Representatives, this raises the question — what are the requirements for Senate reelections?

In this 2018 election, “10 Democratic incumbents are running for re-election in states won by President Trump, including deep red ones like North Dakota and West Virginia.”

Why these Requirements Matter in the 2018 Midterm Elections

The Trump administration is nearing its halfway mark, signaling an opportunity for Democrats to take control of the Senate in 2018, upsetting the current Republican majority in Congress.

However, FiveThirtyEight explained that this feat would be quite difficult. In order for Democrats to gain the Senate majority, the Democrats “must flip two of those nine [seats held by Republicans] — without losing any seats of their own.”

First, it is important to distinguish between the roles of the House of Representatives and the Senate. Although the majority party in the House is primarily responsible for scheduling, this is not the case in Senate. In Senate, scheduling is “generally mutually agreed by majority and minority leaders.”

Furthermore, Senate, unlike the House, focuses more on U.S. foreign policy. Given the Senate’s lessened degree of partisan scheduling relative to that of the House, the Senate holds the ability to influence the foreign policy matters, such as the international affairs budget.

Increased attention by Senate to this budget is vital to advancing poverty reduction efforts. Therefore, by understanding the requirements for Senate, we should vote for representation focused on alleviating global poverty in the Senate.