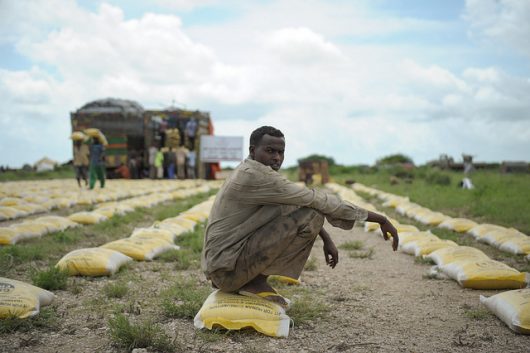 Intergovernmental cooperation provides a multi-faceted approach for tackling regional and global issues. African multilateral institutions allow governments to work together on developing, unifying and improving livelihoods throughout the continent.

There are a variety of roles that these institutions can play: from increasing trade, improving infrastructure, peacekeeping, promoting good governance, developing technology, providing health and education. Intergovernmental cooperation can also serve a cultural role.

The challenges that Africa is facing at the moment are unique to the culture and political history of the continent.  African multilateral institutions can provide more endogenous solutions – ones that arise from within Africa by Africans.

The African Union (AU) is perhaps the biggest and most ambitious multilateral institutions in Africa. Founded in 2002 out of the previous Organization for African Unity, the AU aims to politically and socio-economically integrate Africa. The AU also promotes peace and stability and norms of good governance. Within the AU, The pan-African Parliament functions as a forum that allows delegates from each country to present key issues and bring back advice for heads of state.

There are several subdivisions and committees the AU oversees that focus on reducing poverty and sustainable development. For example, the New Economic Partnerships for African Development (NEPAD) uses funding from Western nations to improve economic and government institutions.

The African Union is also instrumental in promoting democratic processes. They utilize a unique volunteer Peer Review Mechanism, in which states that choose to participate agree to have their political processes evaluated by experts. The AU also send observers to cover all elections in African countries.

With the creation of the Peace and Security Council in 2004, the AU plays an increasingly important role in African security. Contrary to its predecessor, the African Union is able to intervene during conflicts. This can occur through authorizing peacekeeping missions or in cases of genocide and crimes against humanity through deploying military forces.

The AU intervention after the civil war in Sudan broke out was one the most rapid and influential responses from the international community and helped create peace through a self-determination referendum after South Sudan seceded. In Kenya and Côte d’Ivoire, the AU successfully resolved post-election violence. In Somalia, the sizeable AU peacekeeping mission used a comprehensive strategy to decrease the effects of the terrorist group Al-Shabaab and stabilize the country.

These regional organizations help integrate Africa’s economy and facilitate trade. The East African Community, for example, is the most integrated of these trade blocs, with free trade and plans for a common currency. The Economic Community of West African States does not only serve as a trade bloc but also engages in peacekeeping activities and has a formal judicial arm that aims to prevent human rights violations.

Together, these African multilateral institutions tackle the difficult challenges in development that the continent faces, from various angles and with multiple approaches.

10 MCC Transparency Measures What Are the Requirements for Senate?
Scroll to top