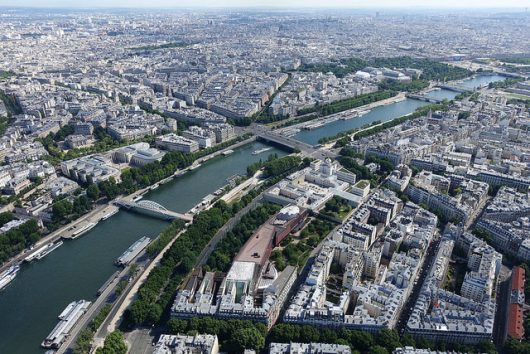 In July 2016, the French Parliament voted unanimously to fine supermarkets that throw away edible food (food that is almost expired or too ‘ugly’ or ‘misshapen’ to sell) or food that is usable as animal feed. France was the first country in the world to pass such a law during a time when food waste has become all too commonplace in first world countries. Supermarkets caught breaking those rules can be fined up to 75,000 euros or two years in prison. This unused food is donated to charities and distributed to those who are living in poverty. This is how France’s food waste law helps those in need.

Feeding Those In Poverty

Prior to this French law forbidding food waste, some supermarkets would deliberately spoil the food they could no longer sell in order to prevent “scavengers” from taking the food out of the trash. Some places would douse the edible or recently expired food in bleach to prevent people in need from going through their trash bins. This law forbids places from doing that.

A year after the law went into effect, over 10 million meals were shared with those lacking the necessary resources to purchase food, which is how France’s food waste law helps those in need. About 5,000 charitable associations work to distribute this food to those in poverty; food that would have, otherwise, been wasted. The St. Vincent de Paul charity in Paris relies heavily on donations from grocery stores. These food items go to churches where they are then distributed to families living in poverty.

Volunteers at the Paris Food Bank collect food from supermarkets and grocery stores every day. One of their locations in Paris handles thousands of tons of food to donate each year; all food that would have otherwise ended up in a landfill. These donations are growing. Charities are seeing an increase of 8 to 9 percent in food donations each year.

Now, two years after the law went into effect, less than 2 percent of food produced in France has been wasted. People in France waste less than half of the food the typical American wastes. France has become a leader in attempting to eliminate food waste.

Italy has also recently adopted legislation about food waste, and other countries around the world are interested in adopting similar food waste laws, such as Mexico and South Africa. The best part about the law is that it does not cost the state or a taxpayer any money.

There is no hard, scientific proof that this law is helping lift French citizens out of poverty, but it is important to note that poverty rates, which had been climbing in France since 2000, have now been stagnating since 2016 (around the same time the law was implemented). In 2015, 14.2 percent of French citizens were earning less than 60 percent of the median income. In 2016, this number decreased to 13.9 percent. Food that would have otherwise been thrown out is now being given to those who are impoverished, which is how France’s food waste law helps those in need.

Yet, this law isn’t the only solution to ending food waste and solving world hunger. Supermarkets and grocery stores only represent 14 percent of the total food waste, so this law needs to be spread out to other sectors such as schools and restaurants.

In France, supermarkets are no longer just a place for profit; they are now a place for charity and humanity.

What Are the Requirements for Senate?U.S. Benefits from Foreign Aid to Mauritania
Scroll to top