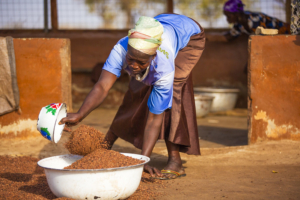 Ghana, a small country located in West Africa, has dealt with tremendous economic struggles since the 1990s. The good news is that the United Nations Development Programme (UNDP) recently shared new data that confirms that positive strides have been made to improve multiple dimensions of poverty in health, education and living standards.  The report confirms that between 2011 and 2017, poverty in Ghana decreased by nine percent.  In addition, its GDP almost doubled from 2011 to 2019.

Ghana made significant changes to facilitate this progress. First, the nation diversified its economy to create more products and services in different sectors. This led to increased greater consumerism and higher employment, which allowed Ghana’s economy to flourish.  However, with increased consumerism also came disparity.  Because that disparity increased, poverty in Ghana continues to be a challenge.

Wealth disparity in Ghana is extreme.  The top 10% of Ghanaians consume more than the bottom 60%, and the lowest 10% only consume only 2%.  Health disparities include the fact that only 2% of those in poverty are covered by the National Health Insurance Scheme and that wealthy children are three times more likely to live past age five than poor children.  Further, there is a disparity in poverty rates between regions and also between urban and rural Ghanaians.  The Northern Region has the highest multidimensional poverty with eight out of 10 people being multidimensionally poor.  The Upper East Region is close behind with seven out of 10 people multidimensionally poor. People in rural Ghana are twice as likely to be poor than people in urban areas.

Change to Eliminate Disparity and Continue to Improve the Economy

The UNDP is championing specific tactics to eliminate disparity and to continue to improve the Ghanaian economy.  First, it suggests investment in better healthcare in all regions and an emphasis on getting all Ghanaians national health insurance.  Second, it advocates for a focus on enhanced school enrollment and completion in some regions and better nutrition for children in others.  Third, it calls for a poverty reduction strategy for those regions where poverty is extremely high.

Other organizations are joining the UNDP to improve conditions in Ghana.  These include The Hunger Project, in working toward alleviating poverty in Ghana. Since 1995, The Hunger Project has aided over 300,000 people by focusing on improving infrastructure, education reform and sanitation. The project focuses on building community centers, or “epicenters”, in order to collectively unify communities within Ghana and provide resources, such as electricity and clean water. As of now, over 40 epicenters receive clean water and sanitation, and almost all of them have health committees and clinics.

Finally, many families in both the Upper West and Upper East Regions have found creative means of accumulating extra income, such as the production of Shea butter. Some businesses, like Star Shea, provide loans for women as a means of starting production and accommodating transportation costs.

Many women believe these loans were advantageous in pursuing more educational opportunities. For example, Mrs. Atorneygene, a local resident in Ghana, utilized the proceeds from her Shea butter production to provide educational tools for her granddaughter. Changes being made on a local level, such as the production of Shea butter,  have proved to be beneficial in providing opportunities to marginalized regions.

Even with the problems that Ghana has faced in the past, the nation has reached tremendous milestones and has made effective improvements within the last decade. With the help of the government, the UNDP, The Hunger Project and people in the community, Ghana has been able to make positive changes relating to its economy and wealth disparities. Now, Ghana has set a precedent regarding the instrumental changes needed to alleviate poverty. – Aishwarya Thiyagarajan Photo: Flickr