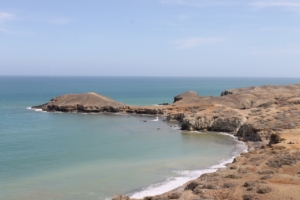 La Guajira is a department in Colombia, characterized by its limited water supply, underdeveloped infrastructure and desert-like features. In this same vein, the area also experiences frequent and severe droughts. Moreover, many of the rivers and tributaries located in La Guajira run dry due to these unfortunate droughts. Complicating the issue of water insecurity in the department — La Guajira is also home to about 400,000 indigenous people called the Wayuu. As a result, the Wayuu and other people living in La Guajira have to traverse great distances to reach a reliable water supply. Those who do not do this must resort to using wells that sometimes yield contaminated water. Understanding the dire conditions of the people living in this region, the government of Colombia put forth efforts to help create improved water resources in La Guajira.

The La Guajira Water and Sanitation Infrastructure and Service Management Project was a success. There were around 422,269 people in La Guajira who benefited from the project by receiving the water supply and sanitation that they so desperately needed. Of that number, 51% were women. There was an increase from 70% to 90% of water services coverage for 409,160 people living in urban areas. Furthermore, sanitation also increased for 362,131 people in urban areas — representing an increase from 53% to 80% in municipalities that participated with the project. By the time the project ended, it had established a clean water supply for about 90% of households within municipalities that worked with the project.

Impact on the Wayuu People

The Wayuu indigenous people and those living in rural areas benefited greatly from the efforts of the project as well. Ten reservoirs that were created to bring water to people living in out-of-reach, rural areas. Moreover, additional infrastructure was also created, such as fences, drinking points for livestock and safety measures for dams. The project also far exceeded its goal of achieving improved water resources for 3,500 Wayuu people. Instead, the project was able to give 8,881 Wayuu people improved water resources.

While work could still be done to create further improvements in water resources in La Guajira — the Colombian government was overall successful in providing the much-needed water resources for people living in the region. Often it is those living in rural locations, especially in countries with desert-like climates, that suffer greatly from water-insecurity. The Colombian government’s efforts to improve the lives of its rural citizens is both commendable and may act as a model for future nations.