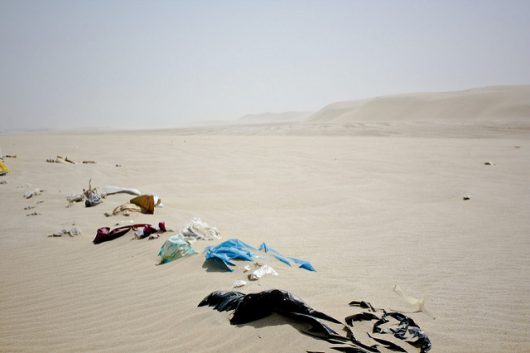 The water quality in Qatar is improving, and experts say that both the tap and bottled water is usually safe to drink. However, those who live in the country should be cautious with imported water.

According to the Qatar Environment and Energy Research Institute, or QEERI, tap and bottled water in Qatar is “very safe to drink.” The organization conducted a study looking at 113 samples of tap water and 62 samples of bottled water with favorable.

Based on QEERI’s findings, the water quality in Qatar complies with guidelines set by both the World Health Organization and the United States Environmental Protection Agency.

QEERI confirmed that the water did not contain dangerous levels of contaminants, such as lead and arsenic, which can affect the taste and smell of the water in addition to causing health problems.

Nora Kuiper, a leading researcher for the project, said that the quality of water in Qatar is superior, contrary to any preconceived notions that residents might have.

Candace Rowell, another researcher for this project, said that the most important outcome of the study was finding that tap and bottled water are comparably safe.

“The real takeaway message is that tap water in the country is just as safe as bottled water, either locally produced or imported brands,” Rowell said.

The main concern that the study addressed was that imported water was not always up to standards. According to QEERI, some samples of imported water showed higher concentrations of contaminants, such as arsenic.

According to Doha News, researchers have expressed concerns regarding the mineral content and how this affects the water quality in Qatar. The study found that while water is typically free from harmful chemicals and bacteria, it can lack vital minerals. According to this article, at least 50 percent of Qatar’s water supply requires extensive salt removal due to the country’s limited access to freshwater.

Jerome Nriagu, a professor emeritus at the School of Public Health and Research and the Center for Human Growth and Development at the University of Michigan said that this “synthetic” water lacks essential minerals.

“By constantly drinking water with low potassium and magnesium, you increase the risk of getting obesity and hypertension, and [certain] metabolic disorders,” Nriagu said.

Nriagu said that it would be beneficial for officials to add essential minerals to better the water quality in Qatar.

“We’re not getting enough from our foods to start with, and now drinking [this type of] water compounds the problem,” Nriagu said.