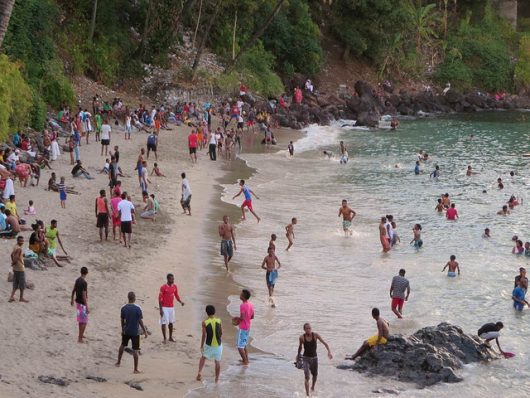 Comoros is a tropical archipelago nation located in the Indian Ocean towards the northern end of the Mozambique Channel. The island has numerous natural resources including fresh water, many species of edible plants and a wide variety of wildlife. Nevertheless, due to having some of the world’s most active volcanoes on the island, water quality in Comoros has become a concern for many living in the country.

Karthala is one of the most active volcanoes on the island and has contributed significantly to the water pollution. Volcanic eruptions have allowed for the introduction of pollutants into the water supply, which has caused the water quality in Comoros to decline in years past. Karthala’s most recent eruptions – two in the past year and a half – have left the island covered in volcanic ash, which has polluted the water supply many in the country rely on.

Despite the extent of the pollution, the water quality in Comoros appears to be improving recently due to numerous programs introduced by the government. As a short-term solution, UNICEF has shipped millions of liters of drinking water into the nation until a more long term solution can be enacted. This action has brought fresh water to more than 150,000 people.

The government of Comoros has continued to work alongside UNICEF to create more long-term solutions to this issue. Together with UNICEF, the European Commission’s Humanitarian Aid Office has given $1.3 million to go toward cleaning more than 1,500 reservoirs. This is hugely beneficial, as many citizens use these reservoirs as their primary source of their drinking water.

Overall, the water quality in Comoros has suffered from the volcanic activity in the country; however, the continued efforts by both UNICEF and the government has had a significant effect on improving this issue. This work and its continuation should allow the citizens of Comoros to continue to have a fresh source of water.

The Top Three Answers to the Question: Why is Brazil Poor? Mitigation of the Most Common Diseases in Jordan
Scroll to top