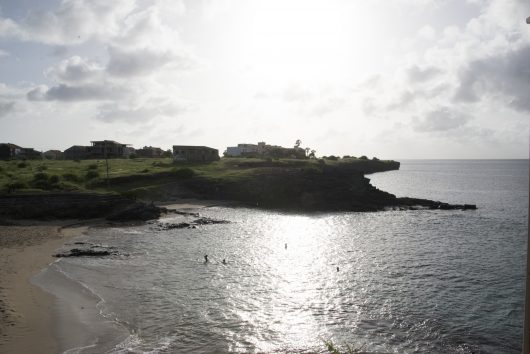 The Republic of Cabo Verde is a country comprised of 10 islands off the coast of West Africa. In 2012, the government planned to drastically increase its desalination system in order to improve water capacity and consumption and to meet the demands of the country’s rising tourism industry. Since this plan to improve water sanitation and availability of this country’s precious resource, water quality in Cabo Verde has improved in 2017, through government cooperation and local partnership.

Though Santiago, one of Cabo Verde’s islands, already had a desalination plant implemented, the government suggested at least eight more plants be installed in order to satisfy the resident and growing tourist populations. At the time of the government’s 2012 plan to invest in major water quality improvement, reports showed that with the island’s 500,000 citizens and the high volume of tourists, sources of water were already limited. Cabo Verde is a dry country and doesn’t receive much rain, so the country’s ministry of environment made it a goal to build a desalination plant for every island, as part of the National Directive Plan for Water.

The ministry hoped that over the next five years, 400 million euros, paired with a $66.2 million grant from the U.S. foreign aid agency, plus additional funding from the EU and the U.N., would significantly contribute to the country’s goal to have 50% of its energy supplied by renewable sources by the year 2020.

In March 2017, just five years since the start of the desalination and sanitation system implementation, Cabo Verde’s driest islands are seeing major victories, and some of the country’s most vulnerable populations are seeing the biggest difference. Santa Maria, a high-traffic tourist and travel location in Sal on Cape Verde, saw the inauguration of a 2010 Wastewater Treatment Plant. With the help of new management and a working operating system that connects to local sewage networks, the plant is now fully functioning.

The new system for delivering clean, available and affordable water will make lives on Cabo Verde a little easier. Most poor families can’t afford to access water through the island’s utility networks, and some are miles apart, making clean water retrieval hard on locals. Poor women spend the most time collecting water for each household, but some more rural areas of the country have very little access — a mere 16% of the country ever sees this water.

Because of improved water quality in Cabo Verde, residents are feeling confident about running their households, thanks to government funding and water treatment plants throughout the country. Some locals say having sanitary and accessible water is most important in keeping their families healthy.

Cabo Verde’s tourism economy is also expected to improve with efforts to keep sanitized water flowing. As the industry provides jobs for more than one-third of the population, it is vital that the Cabo Verde government keep water sanitation at its highest priority, so that cleaner beaches bring tourists back again and again.

The government plans to designate a water improvement sector fund specifically for the water treatment facilities, upon its success. With further plans like this, water quality in Cabo Verde will continue to show signs of improvement.