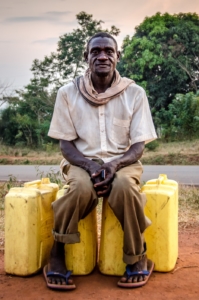 In 2004, Niger ranked second to last on the UNDP Human Poverty Index scale. Since then, Niger’s poverty rate of 97.10 has decreased by 3.7 percent. While the poverty rate, based on those living on $5.50 a day, has declined throughout the past decade, 93.4 percent of poverty is still an extremely high value. Such high rates of poverty pose a daunting challenge to organizations attempting to lift Nigeriens out of poverty through endeavors such as implementing better sanitation and water access in Niger. Luckily, the company CityTaps is striving to improve make water access easier for the residents of Niger.

Sanitation and Health in Niger

The World Bank has made great progress in improving sanitation and access to water in Niger. In June 2016, The World Bank invested $35 million in the Urban Water and Sanitation Project (PEAMU). Currently, an infrastructure project is underway to improve water treatment throughout the nation, in the hopes of improving living conditions and the Nigerien ecosystem. Although these achievements are making a positive impact, some of these projects are slow-moving, leaving the majority of the population without access to water in Niger. Organizations are seeking to fill the gaps from these international initiatives.

The internet of things (IoT) has continued to grow with the use of technology to give physical objects more impact on the surrounding communities. IoT works by assigning an IP address to physical objects, which people can then use to track the object along with information about it. People can accomplish this anywhere, including Niger. Water monitoring has become one of the main areas of IoT implementation in north-west countries in sub-Saharan Africa.

CityTaps is utilizing this technology to improve current water meter systems. If people connect to a digital network, they can accomplish better measurements of water usage. In turn, this network is saving on water resources and money by identifying the water movement and the pump’s power consumption.

Since its implementation, consumers have begun paying 15 times less than with traditional water meters. Further, many people have gained access to water in Niger. CityTaps has chosen to take the innovative approach of allowing prepayment for water usage, giving people the chance to pay per use versus paying a very large bill. The one-time, large payment is too much for some families, forcing companies to turn off the water. Millions of Nigeriens have unstable or irregular incomes, making it difficult for them to pay monthly bills in full. Additionally, companies often take advantage of people with nonnegotiable bills, resulting in already impoverished individuals accruing more poverty.

Consumers also have access to the account through cell phones, providing constant access to rates of use. Budgeting is much easier with the ease of use through CityTaps. Implementing such technology has benefited over 13,000 people, which has encouraged CityTaps to set higher goals of reaching more people and extending a greater impact. In 2019 and into 2020, CityTaps will begin deployment of an additional 10,000 meters which will result in about 100,000 more people than the original 13,000 people and continue to have ripple effects in consumer’s ability to build up community sanitation and health.

CityTaps’ ultimate goal is to reach 2 million people by 2022. The team behind CityTaps aims to continue developing time, money and water savings for consumers and countries in need of water access improvements. Being a fairly dry country, better usage of water resources in Niger is crucial, especially in the event of droughts. Additionally, saving money for the urban poor allows these families to invest in greater opportunities or otherwise improve living conditions. Finally, women and girls will no longer have to spend long hours retrieving usable water.

Similar to other organizations, CityTaps is focusing on improving the quality of life and well-being for the urban poor. CityTaps is paving the way by connecting data from the water utilities and metering to people’s cell phones. This easy-to-use technology aims to remove barriers for Nigeriens to gain reliable access to water.

CityTaps understands that access to clean water at home will support the development of sustainable sanitation and health. Water access in Niger has already seen growth with CityTaps technology.