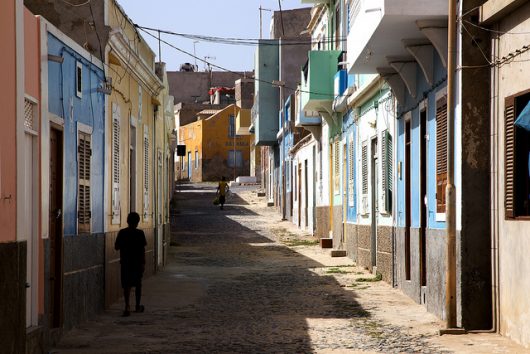 Sitting off the coast of West Africa, the islands of Cabo Verde are surrounded by ocean. Unfortunately, more than half the population does not have access to clean, running water. Accessing water in Cabo Verde is a difficult issue. It can take up to an hour for some to reach the nearest fountain. However, the Millennium Challenge Corporation (MCC) is working with the Cabo Verde government in order to improve water access in Cabo Verde.

Limited water access primarily affects women and the poor,  groups not often represented in policy dialogue. Trips to retrieve water can take hours. Often the public tap is empty, thus requiring a longer trip to the next available fountain. More than half of those without water receive it from these community fountains. The rest receive it from private tankers, meaning the poorest pay the most for water. The time it takes to retrieve the water limits possibilities to earn income and educational opportunities.

There are many risks associated with these time-consuming trips to retrieve water. Women and girls are most often on these water trips, and  sexual harassment and violence are significant threats. Additionally, potentially-contaminated water makes possible dangerous water-borne illnesses such as cholera.

Fifty-nine percent of people in Cabo Verde have access to piped water in their home. More concerning, only 20 percent of the population connects to a sewer, and 27 percent must resort to open defecation. As a result, this makes sanitation standards difficult and allows diseases to spread even more rapidly.

Partnering with the government, the MCC is working to develop improved clean water access in Cabo Verde, from providing clean tap water systems to installing safe waste-water removal. The MCC is currently working on connecting 13,000 families, with single mothers in the lead, to clean water and sanitation infrastructure. Additionally, they are planning their strategies based on the input of the women and other disenfranchised populations.

With women and the poor becoming involved in the decision-making process, they can tailor the project to fit their needs and increase the likelihood of success. Improved water access in Cabo Verde will thus  allow women to participate in the economy by pursuing educational and employment opportunities and reduce their risk of harassment and water-borne illnesses.

The improved quality of life that will accompany improved water access in Cabo Verde is clear. With the voices of women and the poor now being heard, the future of Cabo Verde is consequently very promising.