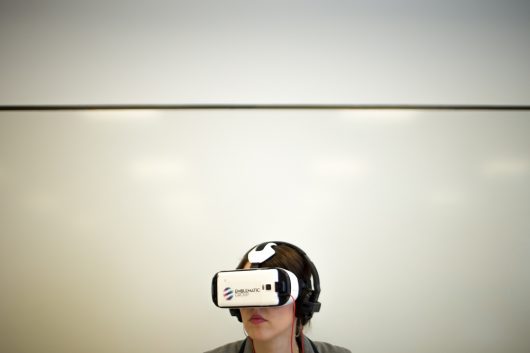 Although the technology of virtual reality (VR) is still in its infancy, it is steadily growing more advanced and more easily available to the public. VR is opening up all kinds of new opportunities and experiences, and they’re not just limited to video games – people around the world are finding that virtual reality can affect global poverty.

VR has made a strong impact in such fields as healthcare, manufacturing and even insurance. Many around the world see no reason why these advances shouldn’t also address humanitarian needs.

Researchers have found that virtual reality is incredibly powerful at building the feeling of empathy in users, which gives it obvious appeal to those in the non-profit world. With its ability to connect users to other people, the technology can make unprecedented strides in shining a light on the plight of millions.

According to Jeremy Bailenson of Stanford University, “Virtual reality transforms relationships that tend to be abstract to become visceral. Our research has shown that making this cause and effect relationship perceptual, as opposed to theoretical, changes consumer and other behaviors more than other interventions.”

Some non-profit organizations are now taking advantage of the fact that virtual reality can affect global poverty. HOPE International has found success by reaching out to potential donors with the technology by showing them exactly what problems their donations will be addressing. Boosted levels of empathy generate more contributions, helping to make a significant dent in global need.

Another organization, Trickle Up, combats poverty in some of the world’s poorest countries also by using virtual reality. By introducing VR experiences to donors at a fundraising gala, the organization was able to connect supporters to a local shop owner in Guatemala whose business would benefit from their donations. Trickle Up’s Communications Officer, Tyler McClelland, noted that having VR at the event increased interest and made guests more excited about the cause.

Some have taken the involvement of virtual reality in the humanitarian world to an even more interesting level. Chris Milk of UNICEF partnered with Samsung in 2015 to create Clouds Over Sidra, a virtual reality film that follows a 12-year old girl, Sidra, through her day-to-day life in the Syrian refugee camp of Za’atari in Jordan. Winner of the 2015 Doc/Fest Award, the film breaks barriers in the documentary world, making the VR viewer an interactive participant.

While there is much time and research yet to spend on the technology, early success strongly indicates that virtual reality can affect global poverty. It has the power to break down walls and, as the creator of Clouds Over Sidra said, it “connects humans to other humans in a profound way I’ve never before seen in any other form of media, and it can change people’s perception of each other. That is why I think virtual reality has the potential to actually change the world.”

How to Become a Member of Congress Education in Algeria: Past Successes, Challenges and Goals
Scroll to top