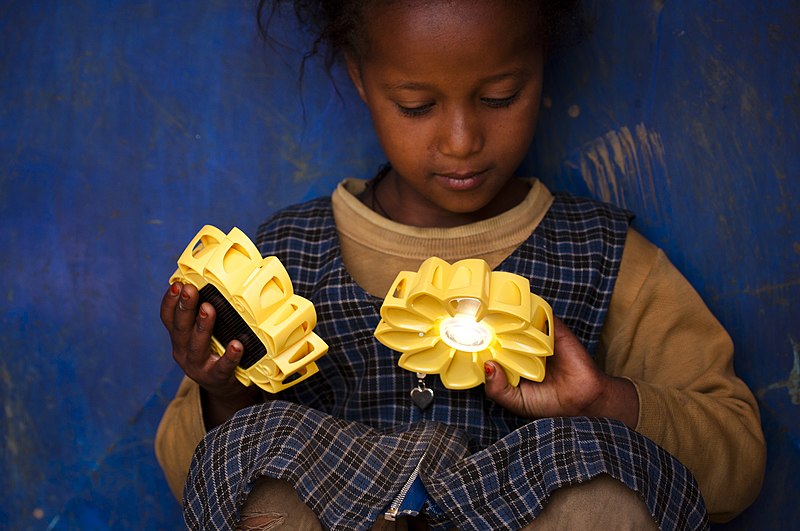 Virgil Abloh—designer, disc jockey, engineer and architect—has made major strides in the fashion world. His designs have also helped bring awareness and assistance to people in need.

Who is Virgil Abloh?

Virgil Abloh was appointed Louis Vuitton’s men’s artistic director in March 2018. Prior to his appointment, Abloh was running his own clothing line called Off-White. He launched Off-White in 2013 as a follow up to his streetwear project, Pyrex Vision, which he had started at Kanye West’s design agency, DONDA. His career as a designer serves as an homage to his mother, who used to be a seamstress, despite receiving a bachelor’s degree in civil engineering and a master’s in architecture.

Abloh participated in the Copenhagen International Fashion Fair – Spring/Summer 2019 Edition by joining model Naomi Campbell, graphic designer Peter Saville and photographer Nick Knight in bringing awareness to the Little Sun Foundation, a program focused on the use of solar power. He designed a poster in which the main focus was a solar-powered lamp that comes with a strap so that it can be removed from its stand and worn around the neck like a torch.

This lamp is especially important in areas like sub-Saharan Africa, where electricity is not readily available. People usually light their homes with kerosene lamps, which release toxic fumes that are extremely detrimental to the environment and those around it. When kerosene lamps are replaced with solar-powered lamps, users notice improvements in their health, which also results in better school attendance for school-age children.

The Little Sun Foundation was founded by artist, Olafur Eliasson, whose goal is to provide solar energy to those communities that lack electricity. The foundation also trains youth through solar-education programs. The programs “aim to provide children with tools and knowledge that empower them to shape a sustainable future for themselves and for the planet,” the foundation’s website says.

Without proper lighting, refugee camps can seem like a scary and dangerous place to live, especially for women and children. Wearing the solar-powered lamp helps users feel more at peace about their surroundings. Not to mention, the lamps provide extra light to students who need it to perform well on their homework.

Abloh contributed his talents in FAMILY’s creative charity initiative to design a graphic t-shirt collection with proceeds going to War Child. War Child is an organization that provides education and a safe space for children and families who have been displaced by war. They also train victims of war to be able to provide for themselves after suffering the loss of their homes and jobs. Their services are offered in Uganda, Sudan, South Sudan, the Democratic Republic of Congo, Kenya, Iraq, Afghanistan and Jordan.

With his role at Louis Vuitton, Abloh hopes to accomplish great things, not just in the fashion industry, but in an ever-changing, diverse society.

“I want to use Louis Vuitton’s history with travel to really look at different cultures around the world to help make all our humanity visible. When creativity melds together with global issues, I believe you can bring the world together,” Abloh said.

The Significance of Street Food Culture in Preserving Global Communities Sunny with a Chance of Innovation: Making Solar Power Better
Scroll to top