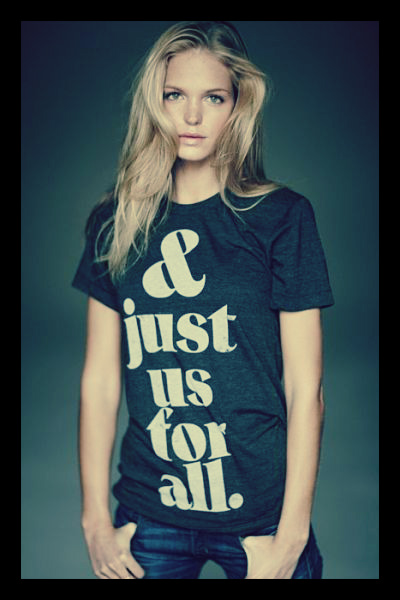 Victoria’s Secret Model Erin Heatherton has teamed up with the Global Poverty Project for a new campaign called, It Takes Two. The campaign aims to raise awareness of, increase demand for, and improve access to family planning information and services around the world. The announcement coincides with the Women Deliver Global Conference in Kuala Lumpur to discuss the global health and empowerment of girls and women.

Erin Heatherton and the It Takes two campaign aim to motivate young men and women to take action in support of improving access to family planning services and information. They hope this will place pressure on governments, and to strive for significant progress and change.

The initiative is partnered with Women Deliver. Founder of Women Deliver, Jill Sheffield, has expressed her excitement to be a part of the campaign. She is looking forward to working with a project to help motivate countries to achieve their Family Planning 2020 goals and commitments. She believes that girls, boys, women and men all need to demand that their governments distribute family planning information and services. Sheffield believes this will give women more power and control over their lives.

Heatherton is also excited about her capacity to be part of such an important project. She feels that the lack of modern contraception to many women around the world is one of the world most pressing matters. She also believes that lack of contraception affects men and women, as well as a problem that should not be affected by a family’s socio-economic status. Everyone deserves fair access to family planning methods.

It Takes Two will launch first in the United States and second in Uganda. It will later expand to eight other countries. It is partnered with IPPF, The Bill and Melinda Gates Foundation Institute for Population and Reproductive Health, UNFPA, Marie Stopes International and more.

What is Microenterprise? Capitalism Is Helping End Global Poverty
Scroll to top