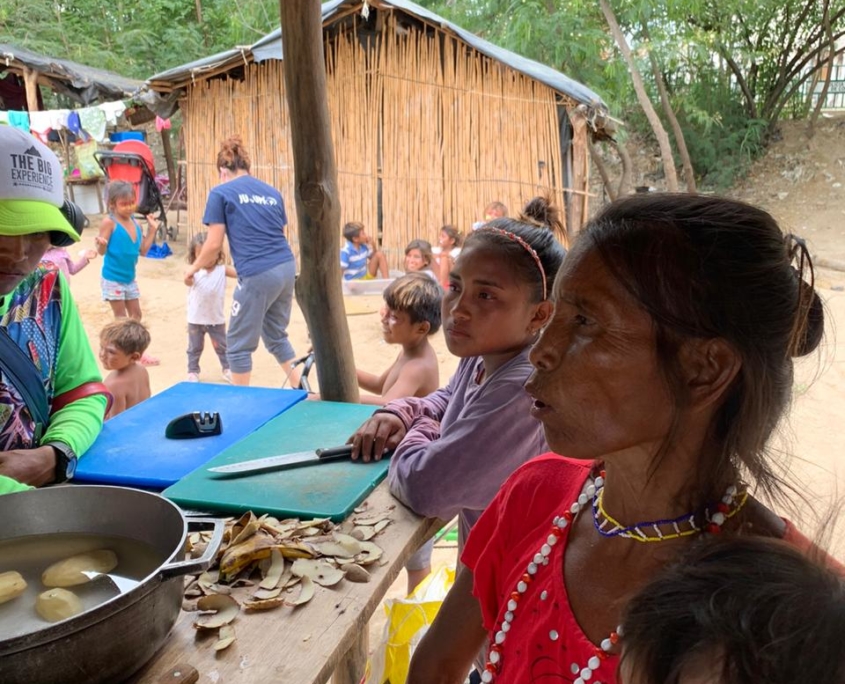 Venezuela has not suffered a particularly high amount of COVID-19 cases or deaths but the pandemic has not left the country unscathed. In fact, the pandemic has worsened Venezuela’s food crisis. Near the beginning of the pandemic, Venezuela went into a full lockdown, shutting down businesses, halting travel and closing borders. The lockdown left many jobless, with no knowledge of where their paycheck would come from and a limited ability to buy food to feed themselves and their families. Some evidence found that 75% of the population in Venezuela’s capital ate less food as of October 2020 than they did in December 2019. Additionally, 82.3% said their incomes were insufficient to buy enough food to feed their family.

Some people who lost their jobs were able to receive remittances from family members living abroad, but these transfers have reduced by half due to quarantines and economic shutdowns across the globe. Even those who had enough money to buy food often had access to inadequate supplies due to halted transportation of food. Rural areas in Venezuela have been particularly short of food and other essential supplies. Additionally, due to the quarantine, many farmers have not been able to work and have had to let crops rot in their fields. Additionally, farmers have not planted crops that would have normally coincided with the rainy season, which is exacerbating Venezuela’s food crisis further.

Fuel shortages have been another problem. Gas has become scarce in the face of the pandemic and it has left many farmers unable to run their tractors and other equipment. At another time, a solution to this would have been to rely on imports from outside of the country. However, the pandemic and fear of the spread of COVID-19 have limited imports as well. The pandemic has damaged the food supply chain capacity, exacerbating Venezuela’s food crisis and increasing the possibility of humanitarian disaster.

In 2019, the World Food Programme (WFP) published a report that found that Venezuela had the fourth-worst food crisis in the world after the war-torn nations of Yemen, Afghanistan and the Democratic Republic of Congo (DRC). It also found that 9.3 million people lacked enough safe and nutritious food for normal human growth and development. The problem is political; President Maduro entered office on the verge of an economic crisis, and in response, he began printing more money which sparked hyperinflation, raising the prices of basic living. Workers living on minimum wage before the pandemic said they could only afford 20% as much food as they could in 2012. To make the situation worse, President Maduro blocked most attempts of foreign aid and help from NGOs, which only worsened Venezuela’s food crisis and raised political tensions.

Solutions to the Crisis

Despite all of the ongoing challenges, hope exists. Many local farmers use traditional community methods of farming, working with local neighborhoods to supply communities of hungry people with a stable and nutritious source of food. Additionally, internal NGOs have led modest, but successful and effective relief efforts. This is not enough to alleviate Venezuela’s food crisis, but ongoing efforts have provided food to families across the country and aided farming programs and initiatives.

Additionally, in June 2020, Venezuelan authorities and the opposition signed a deal to allow the Pan American Health Organization (PAHO) to provide humanitarian aid in Venezuela. While this is only a fraction of the international aid Venezuela could receive, it is making a significant impact on Venezuela’s food crisis. It provides not only physical aid but also support and guidance for internal organizations so they can better aid Venezuelans.