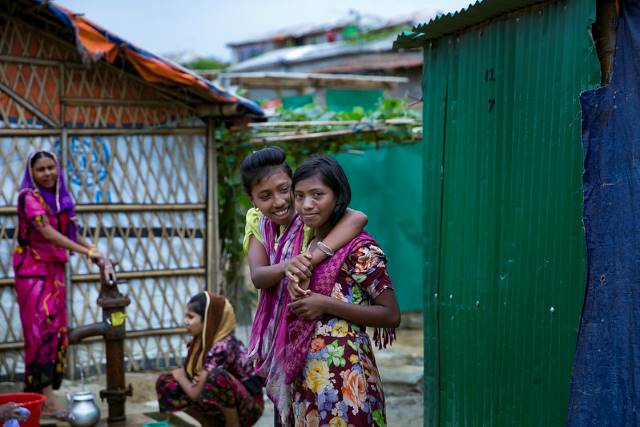 Vaccine rollout plans around the world often overlook the world’s 26 million refugees. A whole 126 countries have refugee populations of more than 500 people. As refugees make up a significant part of the population, during a global health pandemic, the world will not truly be safe until nations safeguard the health of refugees too. Although many countries are making efforts to protect refugees, barriers remain prevalent. Global inequalities continue to exacerbate the situation. Wealthy countries administered 85% of the world’s vaccines, however, 85% of the world’s refugees live in developing countries that struggle to access vaccines. Bangladesh is prioritizing vaccinating refugees and the rest of the world needs to follow suit by including the most vulnerable populations.

In August 2017, spikes of violence in Myanmar forced 745,000 Rohingya citizens to flee into Cox’s Bazar, Bangladesh. Cox’s Bazar is now the world’s largest refugee settlement with more than one million refugees living in the cramped camps.

In addition to the recent natural disasters, Bangladesh is experiencing an upward trend in positive COVID-19 cases. Bangladesh authorities recognize the extreme vulnerability of the refugee population. As such, on August 9, 2021, Bangladesh launched a vaccine drive in the Cox’s Bazar refugee camps. With the help of the United Nations High Commissioner for Refugees (UNHCR), the World Health Organization (WHO) and other humanitarian organizations, Bangladesh plans to vaccinate all refugees in waves. The first cohort includes 65,000 refugees made up of community leaders, health volunteers and anyone older than the age of 55.

The Importance of Vaccinating Refugees

Although refugees seem to be the last group receiving vaccines, the WHO has placed refugees in the second priority group for vaccinations. Refugees fall into the same group as at-risk people and those suffering from serious health conditions because refugees tend to live in crowded communities that lack clean water and basic healthcare, making the spread of COVID-19 cases inevitable. No country can curb the spread of COVID-19 while the virus continues to ravage its way through refugee communities.

Most countries understand how crucial vaccinating refugees is to ending the pandemic, however, these major barriers remain:

The world not only needs to make vaccines accessible for refugees but must also make refugees feel safe enough to pursue vaccination. Refugees are among the most vulnerable people on the planet, therefore, it is imperative for the world to join Bangladesh in prioritizing the vaccination of refugees because no one is safe until everyone is safe.