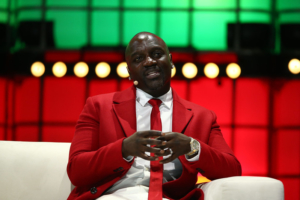 Young entrepreneurs in Africa face unique obstacles when starting their own businesses, which prolongs Africa’s development. Akon, the multi-platinum-selling singer and recording artist, is originally from Senegal in Africa. Therefore, he has a deep understanding of the economic strife facing Africa due to inflation and financial instability. On top of this, about 350 million adults in sub-Saharan Africa remain unbanked, equivalent to 17% of the world’s total unbanked. Akon aims to change this by introducing the Akoin cryptocurrency.

Akon is using blockchain technology to help African entrepreneurs. He seeks to provide them with the tools necessary to overcome the difficulty of working between more than 40 currencies across 54 African countries by uniting currencies. With the Akoin cryptocurrency, seamless transfers within and across borders could be possible.

In the early months of 2021, the youth of Senegal took to the streets to protest the economic instability and unemployment facing their generation, highlighting the need for a new economic recovery plan. Although the economy in Senegal has grown in recent years, the growth has not always meant growth in jobs for young adults.

Akon is aggressively seeking to reach his goal of implementing Akoin in Africa because “[i]t brings the power back to the people and brings the security back into the currency system.” The singer-turned-social rights advocate seeks to implement Akoin as a form of payment to provide users access to a suite of business tools. Additionally, the construction of Akon City has been approved by the Senegalese government. Construction will take an estimated 10 years with the cost of this futuristic city being an estimated $6 billion, supported by Akon and other investors.

Akoin, the African cryptocurrency token, is part of a decentralized exchange ecosystem that allows users to trade tokens and other cryptocurrencies between each other or major exchanges. After making this technology accessible to emerging entrepreneurs and helping them with the extensive paperwork required by banks when starting a new business, Akon could strengthen the African economy with a stronger infrastructure for startups.

Unlike other cryptocurrencies, Akoin is specific to Africa and seeks to provide optimal support as a transaction medium in otherwise hard-to-reach areas. One major obstacle to the African adoption of cryptocurrency as tender is government uneasiness. Signs show that the wariness of another legal tender remains, potentially due to a lack of public knowledge and the possible insecurity that comes with blockchain technology’s anonymity.

With Africa awaiting a crypto boom, Akon makes the clarification that Akoin does not necessarily need to be deemed legal tender, only an “alternative financial solutio[n].” According to Chainalysis, a blockchain analytics firm, South Africa, Kenya and Nigeria are ranked among world leaders in peer-to-peer crypto transactions. Mwale Technological and Medical City have beta-tested the transaction platform. More than 2,000 merchants utilized the technology as the “sole currency and payment processor.”

Hope remains for the Senegalese government’s adoption of Akoin. Leaders of the African cryptocurrency scene are hopeful for more African countries to adopt and primarily benefit from the plethora of crypto applications.