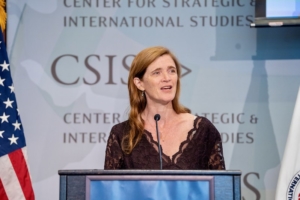 The Horn of Africa is suffering from its worst drought in 40 years, a crisis that has killed millions of livestock and plunged millions of people into food insecurity. In response to this historic drought in Africa, the U.S. Agency for International Development (USAID) has pledged almost $1.3 billion in assistance to the regions hardest hit by the drought.

The past four rainy seasons in the Horn of Africa—a region which includes Ethiopia, Somalia and Kenya—have seen below-average rainfall. The most recent rainy season, from March to May 2022, was the area’s driest rainy season in 70 years. The U.N. expects that the upcoming rainy season from October to December 2022 will also be dry.

This unprecedented drought has had dire consequences for those living in the Horn of Africa:

Immediate Impacts of the Drought

In addition to the immediate impacts on food and water insecurity, the Horn of Africa’s drought has impacted the lives of those living there in more indirect ways. With more than 1.1 million people displaced as a consequence of the drought and women and girls traveling as much as three times as long as they did before to find water, the Horn of Africa has seen an increase in gender-based violence and school drop-out rates.

Approximately 15 million children in the region are now out of school and an additional 3.32 million children across the region are at risk of dropping out because of the drought. The drought has also had negative impacts on hygiene practices. As drinking water has become scarcer, people have started to ration their water, using more water for drinking and cooking and less for hygiene. Consequently, the drought has put people at a higher risk for infection and water-borne diseases.

While the drought on its own has had disastrous effects, Russia’s war on Ukraine has compounded the crisis the Horn of Africa is experiencing. Regionally, 84% of wheat is imported, and 90% of that imported wheat comes from Russia and Ukraine. Due to the combined effects of smaller harvests and war-induced inflation, the cost of food has risen 66% in Ethiopia and 36% in Somalia.

In July 2022, USAID announced an additional $1.18 billion in aid for countries hardest hit by this historic drought. This brings the total U.S. assistance for the crisis up to $1.86 billion in 2022 alone — the greatest contribution of any single country.

The most recent round of funding will go towards measures that will provide immediate assistance to those suffering the consequences of the drought as well as efforts to help the Horn of Africa build resistance against potential future droughts. Funding will support the delivery of emergency food supplies including a grain called shogun, split peas and vegetable oil. To help the high number of children suffering from malnutrition as a result of the drought, USAID will help screen communities for malnutrition in children and provide nutritional supplements for those found to be most at risk.

USAID also plans to use a portion of the funds to help farmers by providing medical services and food to animals as well as working with agricultural communities to develop more drought-resistant farming techniques. Addressing some of the secondary consequences of the drought, USAID will also direct funds toward disease prevention and gender-based violence reduction efforts.

While this unprecedented drought has been devastating for the Horn of Africa, the U.N. estimated in July that an additional $1.8 billion in aid was required to address the crisis. The recent announcement by USAID in July covers almost two-thirds of this requirement and has the potential to help the millions who have suffered the dire consequences of the drought in Africa.