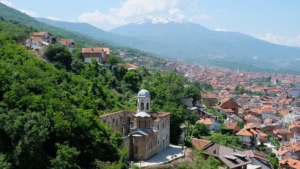 Kosovo, officially known as the Republic of Kosovo, is a small country situated in the middle of the Balkan Peninsula in Southeastern Europe. Since Kosovo’s independence from Serbia in 2008, the United States has maintained a close relationship with the relatively young country, providing everything from military aid to economic assistance and COVID-19 relief. The U.S.’s main foreign aid avenue, USAID, has played a vital role in this relationship between the two countries and their joint mission of reform, modernization and transition. With roughly 23% of Kosovo’s population living in poverty and an estimated unemployment rate of 26% as of 2021, pursuing such endeavors to support goals like self-sustainability, job creation and economic prosperity are crucial to the country’s development. There are several notable USAID programs in Kosovo currently underway.

In March 2022, the United States announced $31.9 million in assistance to Kosovo. Per a USAID press release, the funding will work to “[promote] Kosovo-led development solutions to economic and democratic challenges.” This aligns with USAID’s goal of Kosovan self-reliance outlined in the USAID-Kosovo Country Development Cooperation Strategy (CDCS) — a plan which acts as a developmental roadmap for the country through 2025.

Earlier, in January 2022, the U.S. announced $3 million in additional COVID-19 assistance for Kosovo, building on the $5.1 million in aid given over the course of the pandemic. Along with this financial aid, USAID has also worked to deliver personal hygiene kits, ventilators, testing equipment and nearly 538,200 doses of the Pfizer vaccine to Kosovo. As of 23 June 2022, Kosovo has had a total of 228,563 COVID-19 cases resulting in 3,130 deaths.

“The next five years for Kosovo are critical for establishing a robust, reliable and regionally integrated power system in line with Energy Community (EnC) standards — an integral part of bolstering the country’s economic growth and increasing opportunities for its citizens,” a USAID fact sheet explains.

As one of the most impoverished countries in Europe, with a per capita GDP of $4,291 as of December 2020, building a sustainable, reliable energy infrastructure is absolutely crucial for Kosovo as the country’s ongoing energy crisis acts as a direct obstacle to its economic development. “Without reliable, affordable electricity, Kosovo’s businesses cannot invest, operate and create jobs; hospitals and schools cannot function fully or safely with frequent power cuts… Basic services that people in developed countries take for granted cannot be offered.” says the World Bank.

Operating as a larger program containing a plethora of smaller programs, the Commercial Justice Activity is an initiative by USAID and various Kosovan judicial institutions to work on judicial reforms that have the potential to promote “investment, economic growth and job creation” in Kosovo.

This program has already made a positive impact on the Kosovan justice system. The Kosovan government adopted a draft Law on Commercial Court in August 2021, which proposed the establishment of a standalone court for business and investment disputes in order to streamline commercial justice. Kosovo’s Assembly unanimously passed the law in February 2022.

Other aspects of this program include improved training for judges and court staff as well as initiatives to increase court accountability and efficiency.

USAID established the Kosovo Youth Dialogue in August 2021 for the primary purpose of empowering and educating the Kosovan youth population. The ongoing 30-month project works to encourage dialogue and education among the youth population regarding the country’s past and the various ethnic groups belonging to the region.

As one of the most impoverished countries in Europe, and considering its lack of recognition as a sovereign state by many, Kosovo has a long road ahead in achieving its sought-after self-sustainability. However, with its continued steadfast focus on policy reform, modernization and stability, the nation’s future is certainly bright.

With the work of these USAID programs in Kosovo and that of other like-minded organizations such as UNICEF, the World Bank and the European Commission, Kosovo can take much greater steps toward achieving its desired future of sustainability and improving the social and economic well-being of citizens.