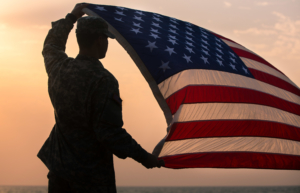 USAID holds a unique position in that its main objective is to put itself out of business. In order to achieve this goal, USAID established USAID Forward.

Shortly after Rajiv Shah became president of USAID in 2009, USAID Forward was created. USAID Forward is a group of measures implemented to strengthen the effectiveness of the Agency’s performance in areas such as budget management, project implementation, and monitoring and evaluation.

Recently, USAID has issued a progress report and infographic containing the progress USAID Forward has made in maximizing transparency and delivering better results. This report not only catalogs the current progress being made but also hints at future developments and the future direction of USAID.

As an agency, USAID is moving away from establishing individual missions around the world and moving toward establishing partnerships with foreign nations. During the presidency of Rajiv Shah, USAID has cut its global footprint by 11 missions. Rather than establishing missions, USAID works to aid nations monetarily and help them establish a sustainable infrastructure created with its own people. This is a result-oriented tactic that centers around providing data and technical support as well as goal-oriented monetary aid with a focus on accountability.

Despite the changes in strategy and tactics, the main goal of USAID remains the same: creating conditions where aid is no longer needed.