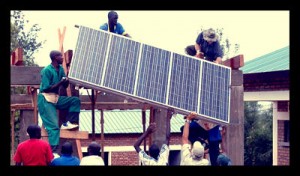 USAID has awarded $400 million to four innovative engineering and technology companies to assist developing countries in attaining clean energy. Specifically, the goal of the contract is to implement new technologies and business models that aim to help “critical priority countries” transition to a low carbon trajectory. According to USAID, countries that will be receiving assistance and that qualify as “critical priority countries” include Afghanistan, Pakistan, South Sudan and Yemen.

Six energy sector themes outlined by USAID that will serve as guidelines for the contract are energy poverty, energy sector governance, energy sector reform, energy security, clean energy, and climate change. Over the course of five years, these awarded companies, Dexis Consulting Group, ECODIT LLC, Tetra Tech and Engility Corporation will compete to deliver their products to these countries and meet the five years, indefinite-delivery/indefinite-quantity (IDIQ) contract. The $400 million will be shared among the four companies and could reach the IDIQ before five years are up.

Tony Smeraglinolo, Engility President and CEO, said the company will compete to support energy reform efforts within the recipient countries. “Around the globe, there is a growing demand for responsible energy development and we are proud to have the opportunity to continue supporting USAID and its important mission,” said Smeraglinolo.