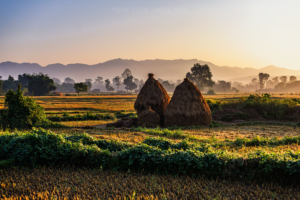 Nepal Economic, Agriculture, and Trade Activity (NEAT), a 32-month program funded by USAID, aims to “promote economic growth, reduce poverty, increase food security, and improve lives” throughout Nepal. As part of the program, USAID and Nepal have partnered up through the Nepal Ministry of Agriculture Development to distribute educational materials on agricultural practices in the hopes of improving the production of agriculture in the country.

Through the funding provided by USAID, more than 263,000 pamphlets were handed out detailing specific agricultural instructions, both written in Nepali and as visuals in order to aid those citizens who are illiterate. The pamphlets detail “critical agriculture practice” on 13 types of crops and 3 species of livestock.

The NEAT program has improved the agricultural education of 67,510 households throughout 20 districts of Nepal with a regular lack of access to proper food sources. Thus far, the project has already allowed area farmers to see an increased income of $8.5 million collectively. These farmers and households have had increased access to markets and are better educated on agricultural practices such as pest and disease control, use of fertilizer, improved seed, and “post-harvest handling.”

The Director of USAID’s Social, Environmental, and Economic Development Office, John Stamm, maintained that USAID is dedicated to creating sustainable development solutions, including the NEAT program – which will allow Nepalese citizens greater resources for continuing to improve their lives long after the program ends in August of 2013.