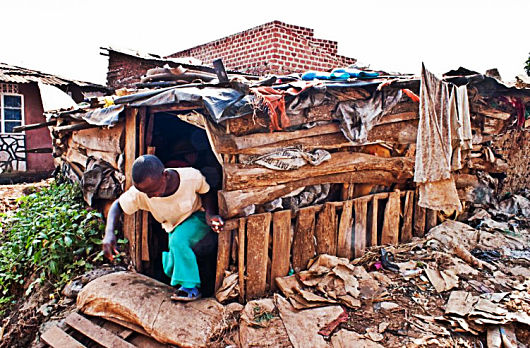 Aid organizations, such as UNICEF and others, know the role technology has in poverty alleviation, and the mobile app, Ureport, is helping to link them to developing Ugandan communities. Ureport obtains data and statistics on Uganda to determine current needs and public opinion on aid issues. With the help of Ureport information, development groups have been working to respond more effectively to crises within developing countries by identifying specific regions that must be met with aid.

Using SMS notifications, Ureport asks its members to respond to poll questions so that UNICEF may be informed of communities with specific needs to be addressed. With almost 300,000 users, Ureport is able to send critical notifications to its aid partners on everyday situations of poverty and hunger. Its most recent poll question asked whether those who use wells, boreholes or community taps were able to access water on a given day. The results showed that just over half were able to access water while more than a third could not. The remainder of participants did not answer. Upon answering questions, users are also asked to name their respective communities, so that Ureport knows where to aid efforts must be targeted.

Ureport also poses questions about areas of conflict, starvation, disaster and which group communities expect to respond to these crises. From the data gathered, aid groups are not only able to recognize specific areas to assist, but they can also judge the general sentiment in Uganda towards topics such as expectations for aid.

Ureport also receives information and breaks it down into easily understood visuals, such as a color-coded map featured on their website showing which areas of Uganda are threatened by various crises. On the map, the two largest issues are currently education, and health and nutrition. The site and the app work to promote awareness of the most severe situations throughout Uganda while also helping to ‘shorten’ the distance between us and poverty-stricken people who may sometimes live in more remote areas of the world.

Joining Ureport is about as easy as answering one of their survey questions. All users need to do is text “JOIN” to 8500 and they will then become a “U-reporter” for free. Not only are users helping to empower their community by being more vocal advocates for aid, but they are also providing valuable data on everyday situations in their region so that they may be more effectively addressed.