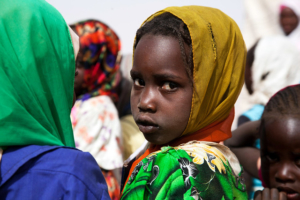 The international agencies UNICEF and UNFPA are now in their second year of Phase III of their joint campaign to end female genital mutilation (FGM). While this human rights violation receives less coverage than many other plights affecting the world’s poor, the world’s leaders have come together in recent years to agree on the need to end female genital mutilation. Complete elimination of FGM is recognized as part of the Sustainable Development Goals the global community hopes to reach by 2030.

The Issue at a Glance

The UNFPA defines FGM as “any procedure involving partial or total removal of the external female genitalia or other injury to the female genitals for non-medical reasons.” Affecting 200 million women and girls today in 30 countries, FGM can take the form of a clitoridectomy, infibulation—a way of surgically sealing the vaginal opening—excision, or other damage to the genital area.

While FGM is most prevalent in Africa, it is widely practiced in parts of Asia and the Middle East as well. Egypt and Somalia have among the highest rates in the world, where over 90 percent of girls undergo FGM. In Indonesia and some Asian countries, FGM is so standardized that hospitals expect to perform it on all newborn girls.

Why FGM Should Be Stopped

Part of what makes FGM a human rights violation is that this treatment is typically done to girls under 15 who are not old enough to offer informed consent. Many agree to FGM after hearing myths of what will happen if they forgo the treatment, and the youngest never agree at all—their parents decide.

Not only does FGM violate a women’s right to make informed decisions about what happens to her body, which has physical and psychological repercussions, but it has a negative impact medically 100 percent of the time. Even when done by medical professionals with sterile tools and cutting-edge technology, FGM is a dangerous medical procedure that has no health benefits and frequently leads to a multitude of health issues later in life, including urinary problems, painful copulation and complications during childbirth, as affirmed by the World Health Organization. In short, girls are put through a painful procedure that has negative side effects down the road because of a cultural bias that women can’t be trusted to manage their sexual decisions.

The reason FGM exists in the first place and has been so difficult for aid organizations to combat is that it is ingrained as a cultural norm. Girls grow up knowing that they will undergo this procedure and that their daughters will too—breaking that cycle appears inconceivable. Unfortunately, the reasons girls are guided to FGM are entirely myth-based and built on a sexist desire to limit female’s use of their sexuality. Girls are told that unless they undergo FGM, they will be dirty, impure or ineligible for marriage by either a religious sect or often by their community. This means that the work UNFPA and UNICEF does to fight involves looking for ways to change the social expectations around FGM.

Some of the specific ways UNFPA and UNICEF’s Joint Program is ending FGM include working with social groups and media to spread awareness of the health and human rights concerns associated with FGM and “to change perceptions of girls who remain uncut.” The agencies have also worked with government leaders to design policies that prohibit FGM to discourage the procedure for legal reasons and with religious leaders to “de-link FGM from religion.” As a result of their work, 31 million people have publicly declared abandonment of FGM. The focus has been on collective abandonment, since when only one or two individuals in a community give up the practice, they face being ostracized by their peers.

UNFPA and UNICEF, along with countless other international agencies, have worked to end FGM one girl at a time. Unfortunately, the procedure is still all too prevalent in large regions of the world. Removing taboos that FGM is too religious or too intimate of a topic to discuss will be necessary for the fight against FGM, and so women may be freed from this violation of their bodies.

Prevention of AIDS in India Self-Determination in Ecuador: The Amazon Tribe’s Legal Victory
Scroll to top