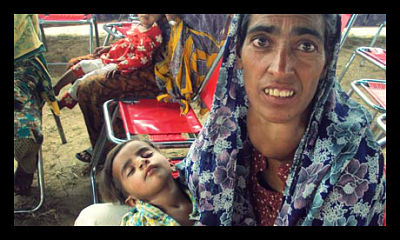 Sight and Life, a prominent group working to fight micronutrient deficiencies prevalent among the world’s poor, has recently released its Hidden Hunger Index. Hidden hunger is defined as a chronic deficiency of necessary micronutrients. Rather than a lack of food or calories, this type of hunger results from a diet low in specific nutrients. This condition affects approximately 1 in 3 people in the world today and accounts for about 7% of diseases around the world. Although the signs are not visible, hidden hunger has long-term consequences for overall health, productivity, and mental development. The most common deficiencies are in vitamin A, iodine, folate, and B vitamins. Women of reproductive age and young children are most severely affected by this condition.

In addition to its negative and often permanent health effects, hidden hunger has numerous economic consequences. It aggravates global poverty in multiple ways and minimizes countries’ growth in economic productivity. It also increases child and maternal mortality, causes birth defects, diseases, and disabilities. Unfortunately, it also restrains the empowerment of women by adversely affecting their health.

The Hidden Hunger Index concluded that hidden hunger in pre-school age children was alarmingly high in sub-Saharan Africa, India, and Afghanistan. High Hidden Hunger Index was found to correlate with low Human Development Index, a measure based on three basic qualities of human well-being: a long and healthy life, education, and standard of living. While many micronutrient deficiencies were found to occur in groups, iodine deficiencies were often found independently. This is probably due to differing country laws on salt iodization. Iodine deficiency accounts for approximately 18 million children born mentally impaired each year.