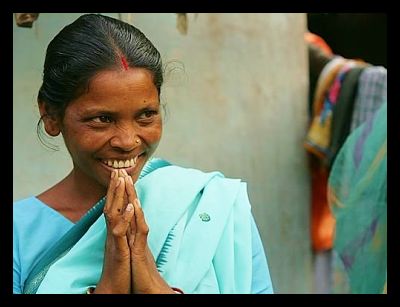 In 2013, 222 million women in the developing world still do not have access to modern contraception. That is 222 million women unable to responsibly plan their families; without the ability to control their own fertility, they are unable to plan a stable future for themselves.

In developing countries, complications from pregnancy and childbirth are leading causes of death for women. Responsible family planning would not only significantly impact maternal mortality rates, but would also provide the opportunity for millions of girls to stay in school and potentially lift entire communities out of poverty.

Global Poverty Project and Women Deliver have partnered to launch It Takes Two, a campaign focused on improving access to sexual and reproductive health information and services around the world. The campaign will use the Global Citizen online platform to extend its message and generate support. It Takes Two hopes to capitalize on the game-like atmosphere of Global Citizen’s points rewards system to attract a substantial crowd of supporters.

How has It Takes Two managed to turn modern contraception into a game?

Design your own condoms.

It Takes Two is sponsoring a contest in which participants submit a condom wrapper design by July 21st, and the 10 winning designers will receive free condoms featuring their personalized wrapper. Everyone who enters will have their design profiled in the It Takes Two condom gallery, and be entered for a chance to win tickets to concerts to over 70 participating artists such as Kings of Leon, Beyoncé, Tim McGraw or One Direction.

It Takes Two wants everyone, creative or not, to step up and help spread the word that everyone has the right to plan their lives because a woman’s choices shouldn’t be made for her based on her socioeconomic level or her country of origin.