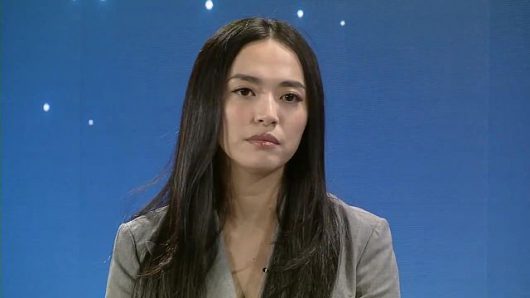 While mostly unknown to American audiences, Chinese actress, activist, and United Nations High Commissioner for Refugees (UNHCR) Goodwill Ambassador Yao Chen is one of the most influential celebrities in China and arguably in the world. Her Goodwill Ambassadorship was recently renewed for her tireless efforts on behalf of displaced persons.

The daughter of a train driver and a postal worker, Yao Chen rose to prominence as one of China’s greatest contemporary actresses, with roles ranging from action flicks to rom-coms. Her popularity extends to social media, specifically Weibo (the Chinese version of Twitter) where she has more followers than the population of the United Kingdom.

Chen began working with the UNHCR in 2010 before officially becoming Goodwill Ambassador Yao Chen in 2013. She joined the UNHCR on multiple field visits to refugee host nations, including the Philippines, Thailand, Ethiopia, Lebanon and Pakistan. In these visits, she has met with refugees from Syria, Afghanistan, Somalia and Myanmar.

“I am deeply touched by how refugees keep their dignity and how poverty does not destroy their kindness.” Chen said.

As the first Chinese UNHCR Goodwill Ambassador, Chen used her influence by bringing attention to refugee issues to the Chinese-speaking world.

And she has had impressive results. Between 2012 and 2013, the number of donations to UNHCR from mainland China tripled.

Goodwill Ambassador Yao Chen earned international acclaim for her work on behalf of refugees and for her efforts addressing domestic issues in China.

Forbes magazine deemed the 37-year-old actress “China’s Angelina Jolie” and placed her on their list of the world’s most powerful women. She was also one of TIME magazine’s 100 most influential people.

UN High Commissioner for Refugees Filippo Grandi renewed Chen’s ambassadorship for two more years during his inaugural visit to China. Grandi discussed China’s ability to assist displaced persons through South-South Cooperation, a collaborative action among countries of the South. He also spoke about the Chinese government’s “One Belt One Road” Initiative, a controversial $5 trillion spending plan in infrastructure across Asia, the Middle East, Europe and Africa.

In the next two years, Goodwill Ambassador Yao Chen will continue advocating for refugees by highlighting issues they face and making their plight seem less distant to the Chinese people. In Chen’s own words, “In this global village, we are all connected and inter-dependent in one way or another.”

(Here is another reason to love Yao Chen. Her nickname for her son is Xiao Tudou, which translates to “little potato.”)