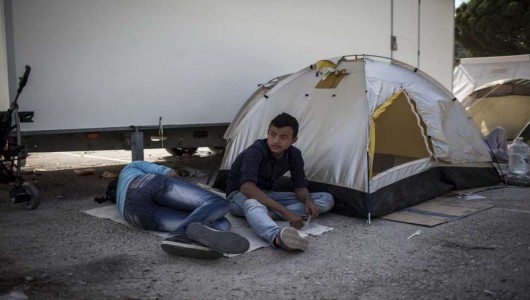 The United Nations High Commissioner for Refugees (UNHCR) estimated in a recent warning that nearly 1,000 refugees are arriving on Greek islands each day after crossing the Mediterranean Sea.

The organization has raised concerns that the growing number of migrants due to persistent conflicts in Africa and the Middle East are placing an unprecedented strain on Greece and other European nations.

William Spindler, spokesperson for the Office of the UNHCR, stated in a press briefing last week that “Greece’s volatile economic situation, combined with the increasing numbers of new arrivals, is putting severe strain on small island communities, which lack the basic infrastructure and services to adequately respond to the growing humanitarian needs.”

Officials estimate that at least 75,000 people have arrived on the shores of Greece since the beginning of 2015, with nearly 60 percent of these migrants arriving from Syria. Many other migrants have traveled from other regions afflicted with conflict including Iraq, Afghanistan, Libya, Nigeria and Somalia.

Thanassis Andreotis, president of a small coastal village in Lesvos, states in an interview about the surge in refugees, “Our Island can’t handle that many people coming over. There’s no way to take care of them.” Andreotis noted that due to a lack of governmental assistance, many members of his community have resorted to personally financing the construction of shelters for the migrants.

The UNHCR has stated that level of migrants arriving daily has reached such heights that border authorities and local communities are not capable of handling the “staggering” number of refugees. The majority of the migrants who have arrived in Greece plan to continue traveling north to other Western and Northern European countries via the Balkans region.

The former Yugoslav Republic of Macedonia and Serbia has reported an unprecedented surge in refugees, with at least 45,000 people seeking asylum within the region during the first half of 2015.

Spindler also emphasized while in Geneva that, “an urgent response from Europe is needed before the situation deteriorates further. Tightening borders is not the solution, including the plans of the Hungarian government to build a fence along the Serbian border.”

A human trafficking vessel that departed Turkey filled with refugees from the Middle East reportedly capsized last week in the Mediterranean Sea, killing at least 19 of the some 40 passengers on board. While this was the first major maritime disaster in this region in nearly a month, largely due to increased search-and-rescue-operations conducted by European nations, officials are concerned that the rising number of migrants will result in more deaths on the high seas.

Laura Padoan, a spokeswoman for the UNHCR, stated in response to the disaster and the increase of refugee journeys across the Mediterranean, “It’s just a short distance between Greece and Turkey but it is still very dangerous. What we need are safe legal routes to Europe, so that people don’t die in the process of getting here. Greece is facing a financial crisis and there is now a growing humanitarian crisis – and it can’t be left to Greece to deal with on its own. There needs to be a Europe-wide response.”