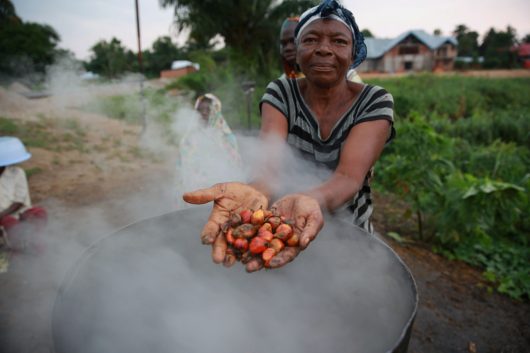 On March 4, the U.N. released a $5 million grant to benefit approximately 108,000 Congolese citizens as part of a three-year aid plan. Dubbed the Humanitarian Response Plan (HRP), it is an initiative from multiple aid agencies in the Democratic Republic of the Congo (DRC). The HRP is designed to concentrate on the basic needs, including the reduction of food insecurity for 6.7 million people in the DRC.

The DRC has been embroiled in clashes for nearly 20 years. The situation disintegrated even further in August 2016, when rebel militia leader Kamwina Nsapu was killed by government forces. The U.N. Office for the Coordination of Humanitarian Affairs (OCHA) reported that at least 400 people were killed in the DRC in the backlash from that assassination. Hundreds of thousands more were forced from their homes.

The vast number of people needing assistance has forced aid groups to operate on a triage basis. The OCHA estimates that four million people will experience malnutrition, with 3.5 million of them being children, and 847,000 people facing acute malnutrition.

To help mitigate the food insecurity in the DRC, the HRP requested $748 million over a period of three years. Unfortunately, the OCHA reported that the previous years’ request was only 60 percent funded.

Without full funding, aid agencies have been forced to concentrate on “the most vulnerable among the vulnerable.” The conflicts have forced some of these people to shelter in the bush. Often, they don’t have access to clean drinking water, food or basic health services.

Can Many Hands Make Light Work?

Despite the potential financial shortfall, hope lies ahead. There are many other partners and agencies involved in the effort to save lives and fight food insecurity in the DRC. In December 2016, OCHA joined forces with UNICEF, Action Contre la Faim and the Adventist Development Relief Agency (both NGOs) to battle the crisis. The European Civil Protection and Humanitarian Aid Operations (ECHO) is also stepping up to address the situation in the DRC. They assist in regions affected by fighting and they respond to critical incidents surrounding epidemics and malnutrition.

UNAIDS representative Mamadou Diallo summarized the need for awareness and financial support to address food insecurity in the DRC: “It is imperative that appropriate attention is brought in support of those impacted by humanitarian crises regardless of where they happen. The humanitarian community is fully committed to responding and calls on donors to support the response activities.”

Although the $5 million grant from the U.N. is a far cry from OCHA’s $748 million target, hopefully it will galvanize other individuals and groups to support the DRC crisis.